The number of electric motorhomes on the market is rapidly increasing, especially in Europe. The Crosscamp Flex, using an Opel Zafira-e Life as a starting point, is the latest one on the horizon. A prototype for it debuts at the Caravan Salon 2022 in Düsseldorf, Germany, and sales begin in 2023.

The electric Crosscamp Flex has a 75-kilowatt-hour battery that provides a projected WLTP driving range of 200 miles (322 kilometers). The system can charge at 100 kilowatts of direct current and get the van to 80 percent in 48 minutes.

The Opel-based camper also packs a 95-amp-hour battery for powering the lighting, refrigerator, and USB socket. This prevents sucking too much electricity from the pack powering the EV.

The Crosscamp Flex retains the amenities you'd expect to find in a compact motorhome. The roof extends to offer more room for occupants, and there are two beds up there. The rear bench seat converts into a double bed. There's a kitchenette with a sink and gas stove. The front seats can rotate 180 degrees.

Crosscamp isn't offering any pricing details for the electric Flex yet. Later, the company plans to offer an EV version of Crosscamp Lite, which does away with the kitchenette to provide more space in the vehicle.

The Crosscamp Flex's debut comes just a day after Renault's announcement of the wonderfully named Hippie Caviar Motel electric van. The model uses the Kangoo van as its basis and features a 120-horsepower (90-kilowatt) electric motor. The 45-kilowatt-hour battery provides an estimated range of 177 miles (285 kilometers) in the WLTP cycle.

Unfortunately, Renault doesn't offer many details about the Hippie Caviar Motel's interior amenities. The rear seat folds into a bed. The ski rack doesn't block the view out of the panoramic glass panel on the roof.

The company also isn't saying whether it plans to put this vehicle into production or if this is simply a showcase of what's possible from an electric camper van. 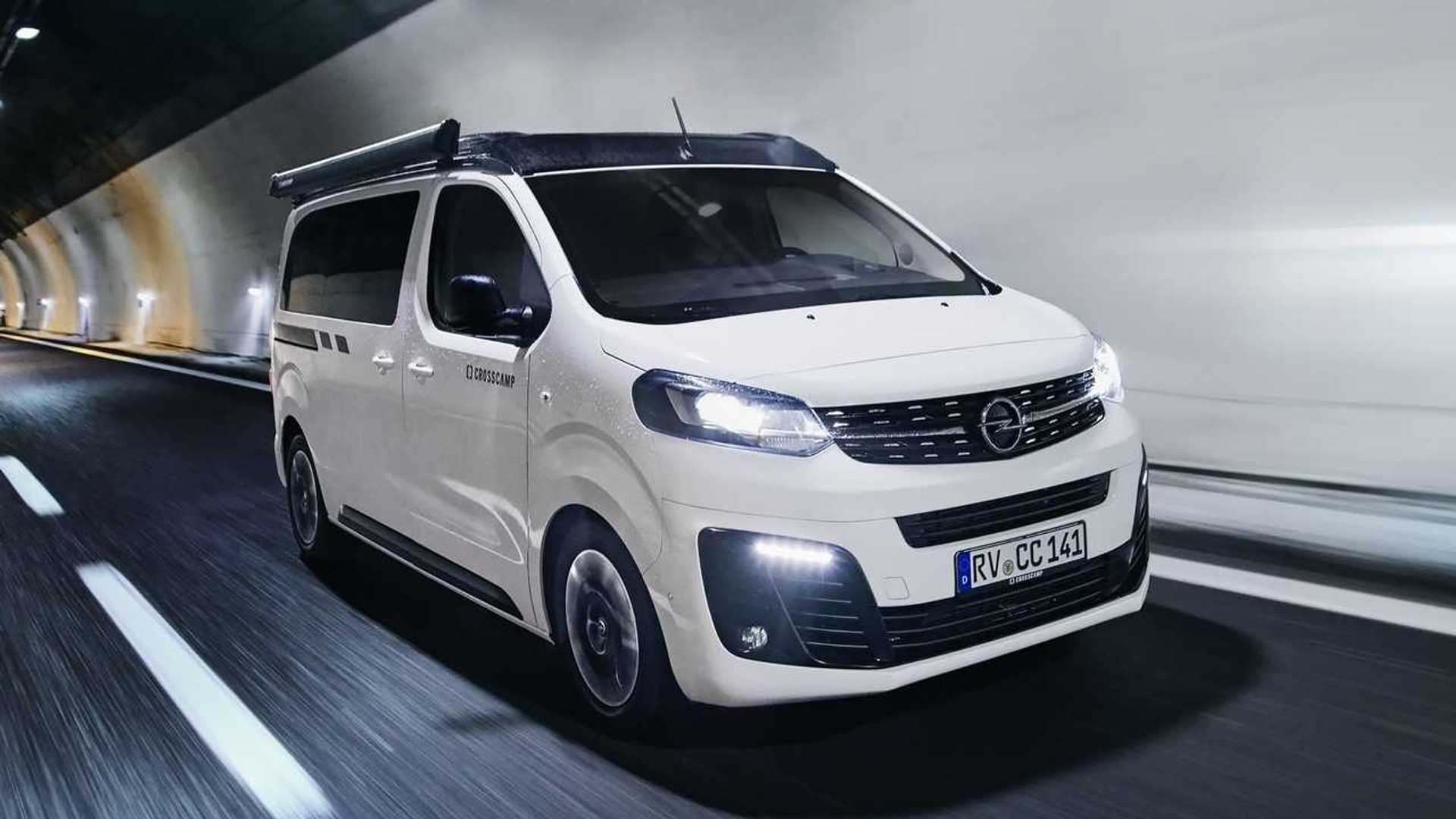