There's still some camo, but this is a fantastic look at the meaner 911.

Development of the next-gen Porsche 911 Turbo continues, and a new gallery of photos catches two of them while filling up with gas during a stop while testing in Nevada. We have to thank a reader of Motor1.com's Italian edition who snapped these pictures and shared them with us.

The two test mules are identical from the front, but you can notice the differences at the back. One of them wears black, five-spoke wheels and has a pair of oval-shaped exhaust outlets. This is likely the standard 911 Turbo. The other has fork-spoked wheels and four trapezoidal pipes at the back. This one is probably the hotter Turbo S.

Compared to the 911 Carrera, the Turbo models have wider fenders and a revised rear deck. Rather than incorporating a spoiler into the curve at the tail, there's an active wing at the back.

The new models reportedly use an evolution of the previous gen's 3.8-liter twin-turbo flat-six engine. The standard Turbo allegedly has 600 horsepower (447 kilowatts), and the Turbo S would take the output to around 640 hp (477 kW). Expect the drivetrain to continue to be all-wheel drive and running through an eight-speed dual-clutch gearbox.

After missing the Frankfurt Motor Show, the 911 Turbo could make a debut at the Los Angeles Auto Show in November. If there's not a public premiere in California, the next possible arrival would be at the Geneva Motor Show in March 2020. After the coupe, spy shots already tell us that the 911 Turbo Cabriolet should come soon afterward. 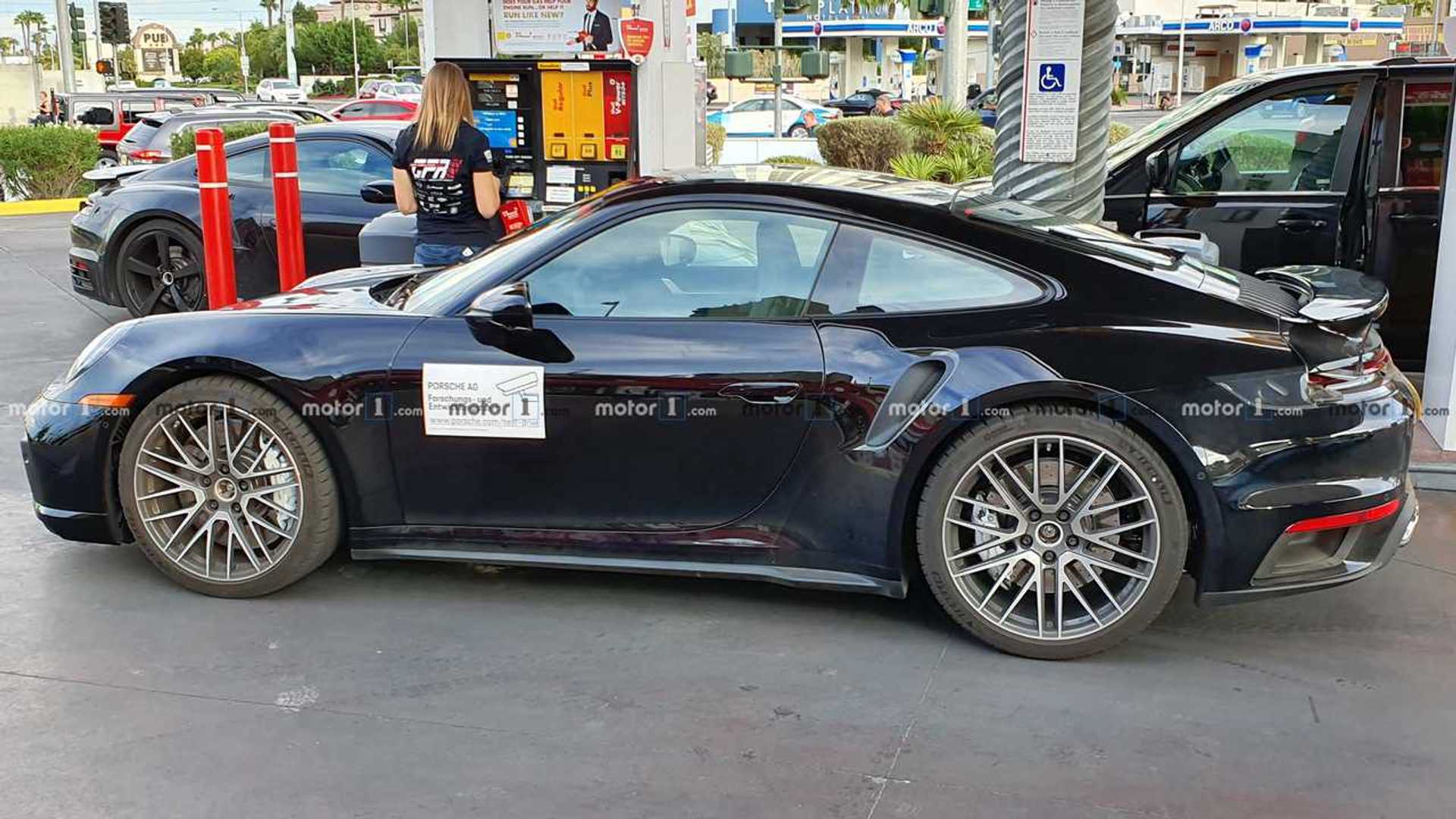 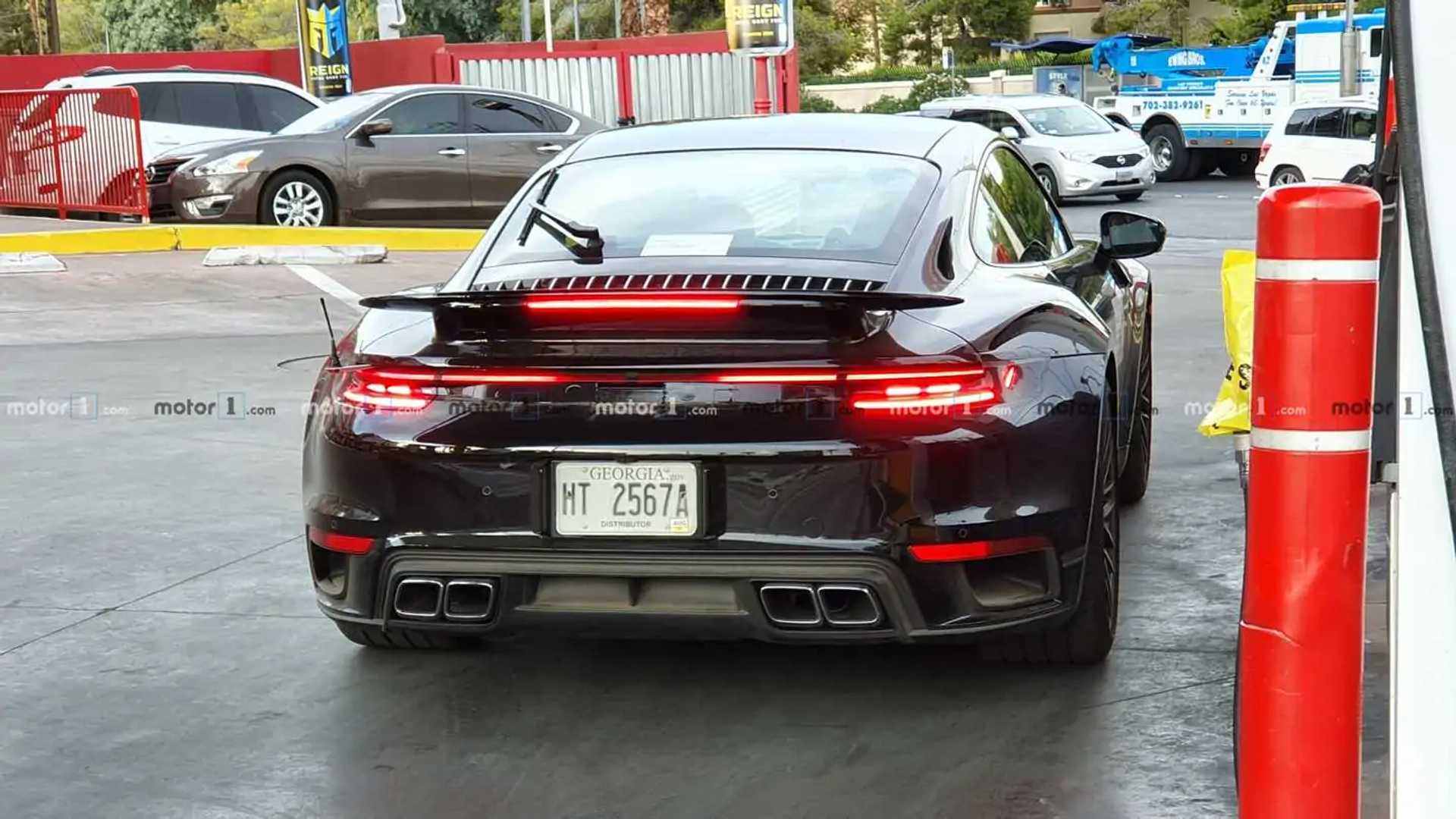