With all this talk about electric cars, we can very easily forget there's a growing market for electric motorcycles as well.

Look at what Harley Davidson is doing with the LiveWire, but there are other similar products available from lesser-known brands.

The Bavarians at BMW have a strong history with motorcycles and while they don't have a battery-powered model yet, they've already shown their intent with the Motorrad Vision DC Roadster e-bike concept. It won't be long now before the makers of the legendary R1200 GS adventure bike will have their silent two-wheeler as well.

Or a three-wheeler, if we're to go by Iago Valiño's proposal. Iago is an independent artist from Spain who studies transportation design in Valencia. He came up with the BMW Motorrad X El Solitario MC, an electric bike that can switch from two to three wheels depending on how far it needs to travel.

BMW is no stranger to sidecar motorcycles, as anyone who's seen any WWII movies will know. In fact, the initial model of the most famous brand of sidecar motorcycles still around today, the Russians at Ural, was a copy of the Bavarian vehicle, so even though BMW hasn't been making this type of bikes for a very long time, their legacy lives on.

The removable sidecar of the Motorrad X (we'll use the short version of the name from now on), however, isn't designed to hold a passenger. Instead, it's there to house additional battery packs as well as offer some storage space.

The whole point of having a sidecar is being able to share your trip with somebody else. Other than that, that thing poking out of one side is a nuisance that takes away from the joy of riding a motorcycle. No more leaning into corners, to more feeling connected to the road. Not to mention having to get used to accelerating slightly when turning right and braking before going left to counter the damn thing's inertia.

Bearing that in mind, having a sidecar for a range extender doesn't make a lot of sense. My guess is any rider would be much happier sipping some coffee while the bike quick charges for half an hour instead of having to carry a sidecar around.

On the other hand, if this is an adventure bike, then the sidecar suddenly makes more sense. Not only will it allow the bike to reach remote areas where there are no charging stations, but it also opens up the possibility for two-wheel-drive, thus improving traction. But seeing how the sidecar's wheel isn't aligned with the bike's rear wheel, that means it's not really the case.

Still, despite all its flaws, the Motorrad X more than makes up for it with its design. This is where Iago's touch shines, marrying the futuristic blocky design made famous by the Tesla Cybertruck with the whole cafe racer philosophy that produced some of the sexiest motorcycles ever. And this one makes no exception. 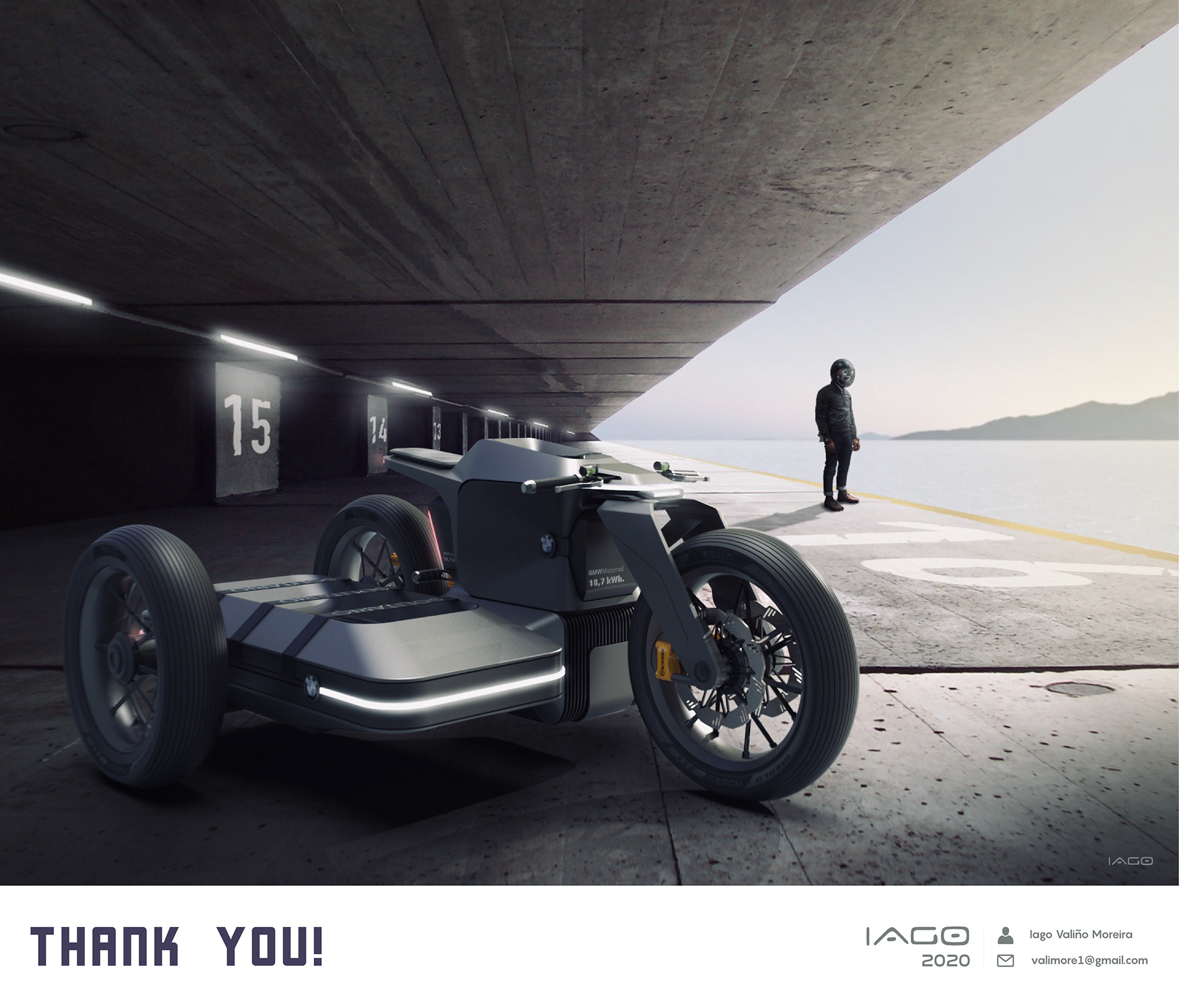 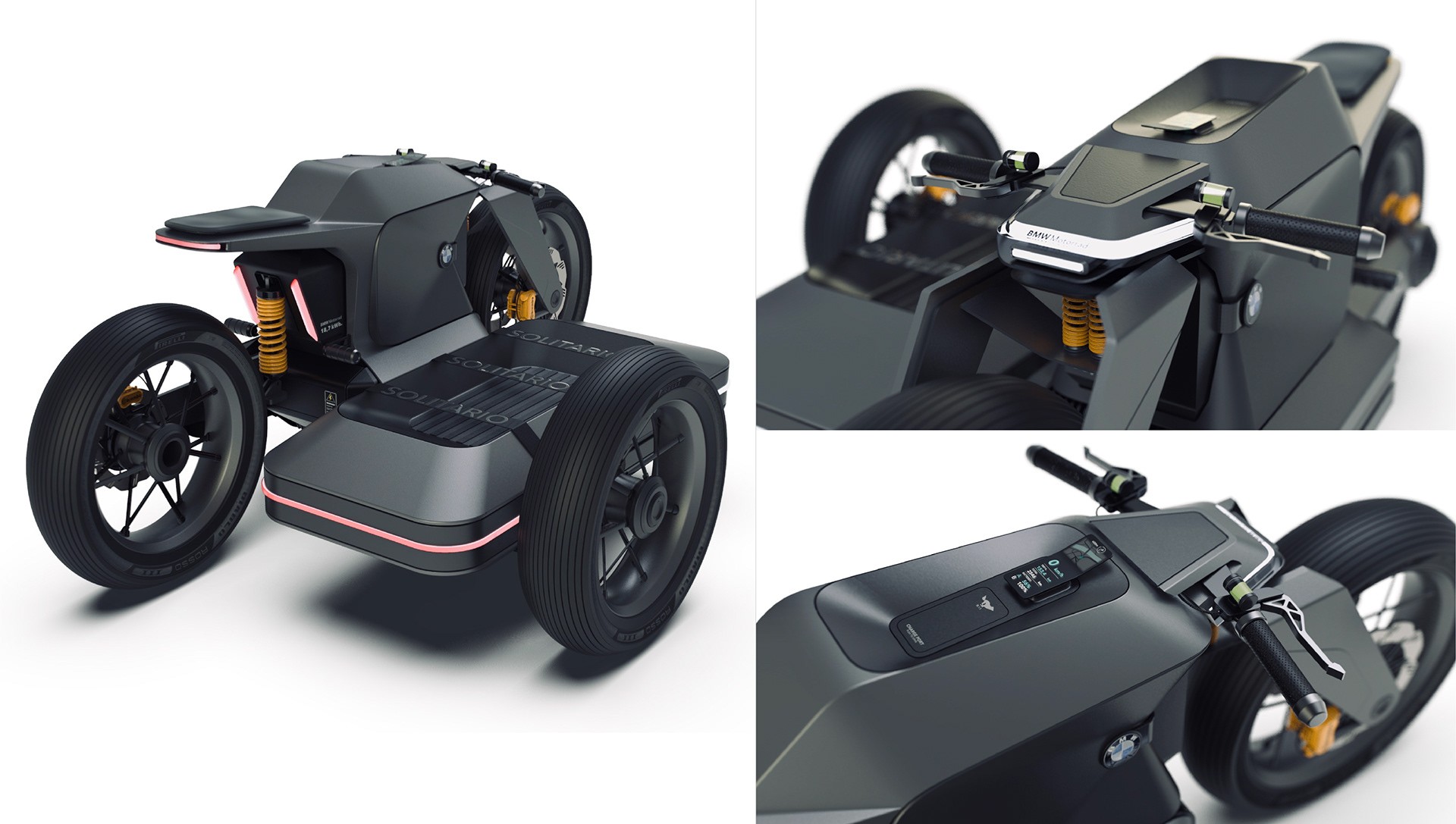 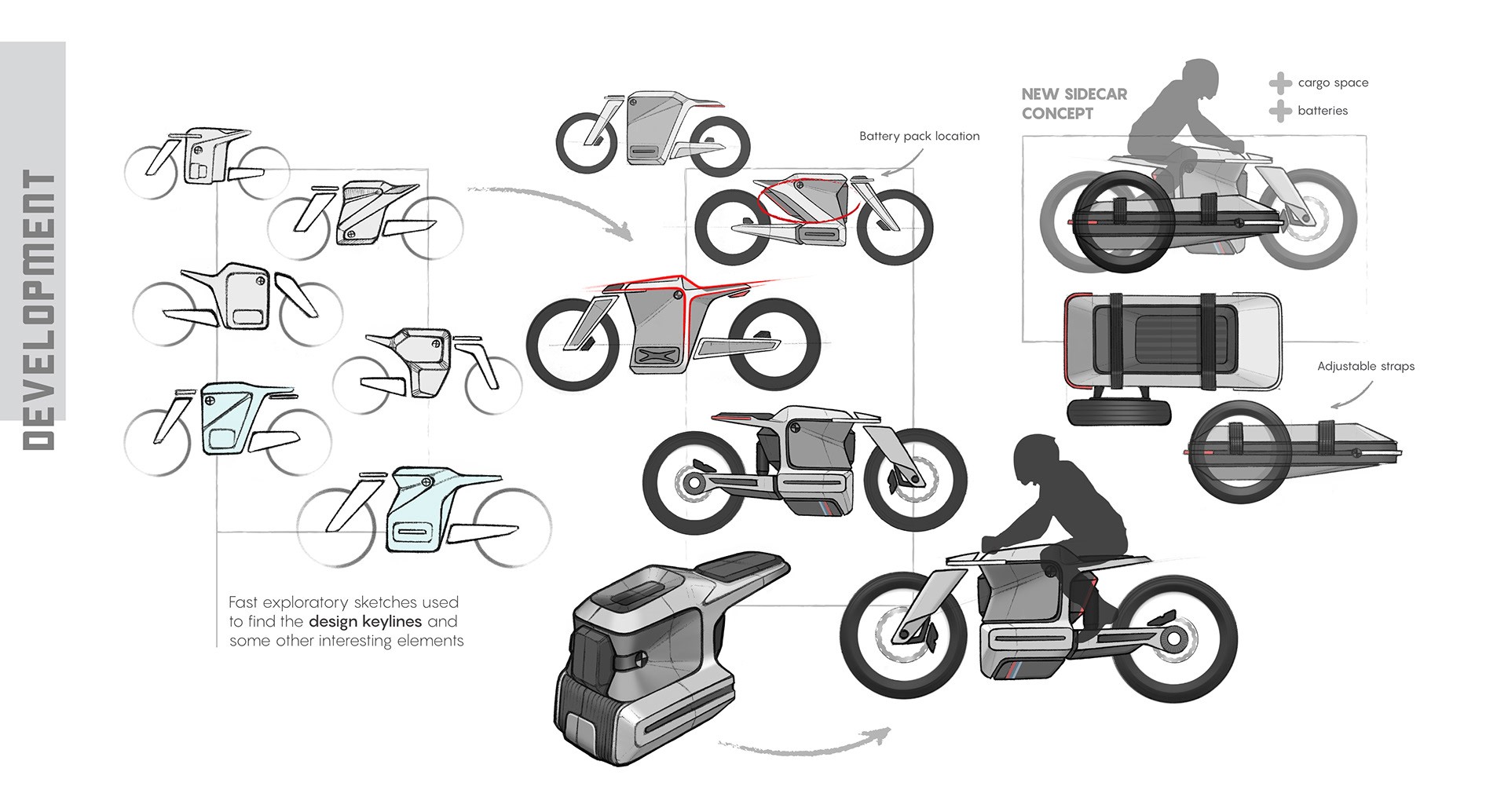