BMW is bringing a fleet of these mobility machines to chauffeur people around Las Vegas during CES.

The first big trade show to grace Las Vegas in 2020 is the Consumer Electronics Show, and it's becoming a popular event for automakers looking to make a splash with the latest automotive tech. This year, BMW will be on-hand with an interesting version of its compact i3 electric city car called the Urban Suite. As the name suggests, it's designed to not really feel like a car – that is, at least for everyone other than the driver. Unlike typical concept cars, however, people will actually be able to sample this BMW in real-world conditions. More on that in a bit.

In short, the i3 Urban Suite replaces a majority of the interior with a swanky seat and footrest finished in a bright shade of blue. A small table is positioned left of the seat, and a screen flips down from the headliner for watching a movie while on the go. The rear area also boasts a personal "sound zone," though we're not quite sure exactly what BMW means by that. We do know, however, that the company's aim with this concept is to "create an inviting space with a high feel-good factor in which to spend time," not unlike that of a luxurious hotel room.

The driver seat and dash remain standard-issue i3, as does the car's EV powertrain. With sustainability on the mind, the concept's upfitted interior makes prolific use of recycled materials. And though the i3 is most decidedly a compact vehicle, BMW feels the concept demonstrates that future motoring – at least in terms of personal mobility – doesn't have to be one filled with stretch limos or massive SUVs.

Here's where it gets interesting. To back that up, BMW actually built several i3 Urban Suite models and they're all coming to Vegas for CES. While show-goers check out the model on display, the automaker will have a fleet running around town ready to chauffer people who request a lift through a special app. Details of that app aren't available yet; presumably, it will be something offered to attendees at CES. Still, it's not every day one gets a ride in a concept car – never mind a free ride around Las Vegas. 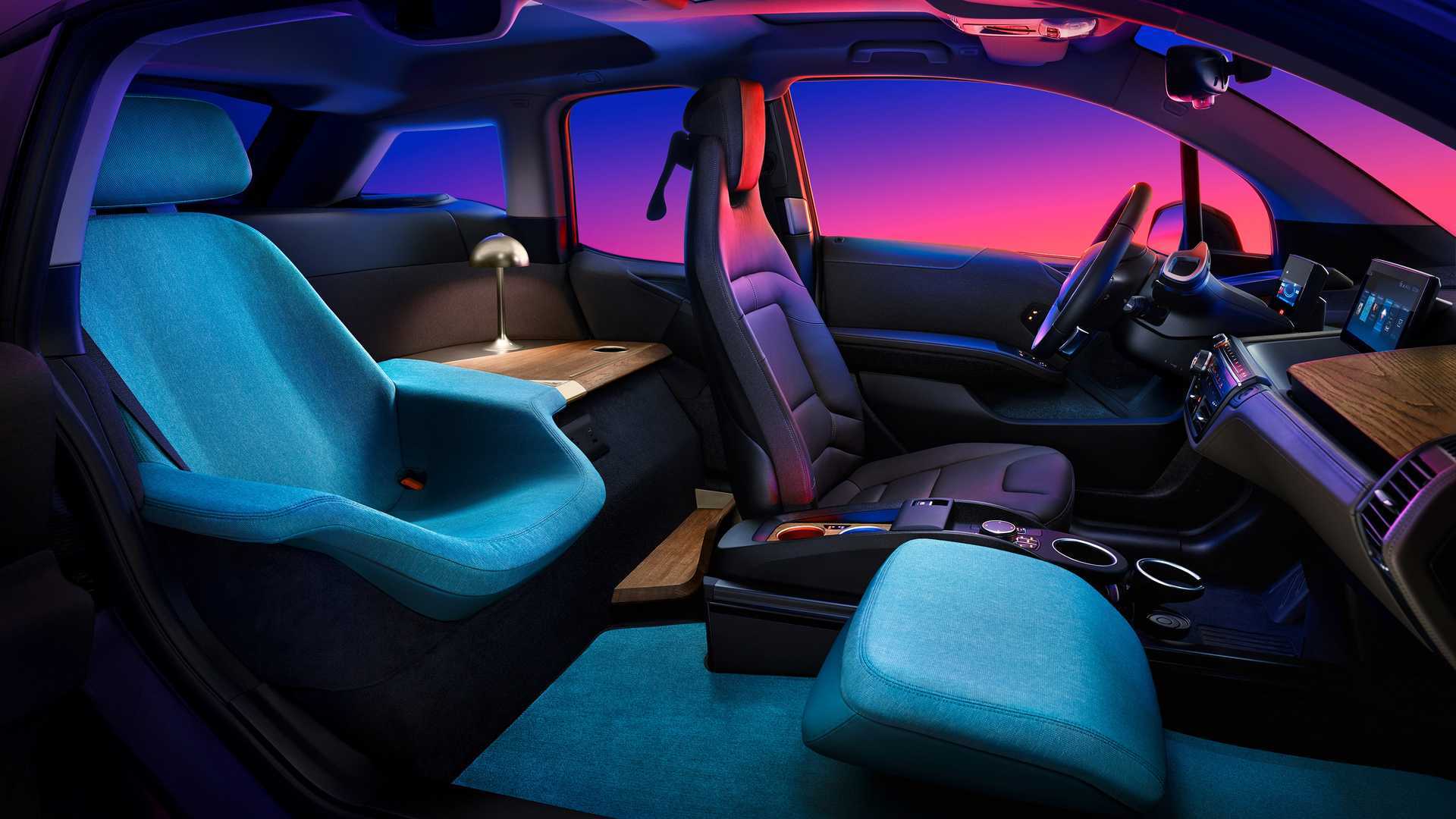