The wraps will come off in less than two weeks.

Most BMW fans have probably seen the leaked images by now, but the company has still prepared a teaser campaign that kicks off today with the adjacent shadowy image. Unsurprisingly, it appears we're looking at the very same car that emerged onto the web at the end of April. We're making this assumption based on the car's familiar blue paint scheme, leading us to believe it's the same 530e that somehow "escaped" online.

That would make sense because BMW's announcement about the facelift's impending debut briefly mentions how both the sedan and wagon will be electrified. Programmed to break cover in less than two weeks, the 5 Series LCI will be showcased in the plug-in hybrid guise with the M Sport package. BMW has already electrified the 5er in more ways than one as aside from the current 530e, mild-hybrid tech debuted in Europe last year with the 520d in both rear- and all-wheel-drive models.

Our pals at BMWBLOG have it on good authority there will be three new colors to choose from: Bernina Grey Amber Effect, Phytonic Blue Metallic, and Aventurin Red Metallic. A beefier 545e plug-in hybrid is rumored to join the lineup, complete with an electrified inline-six delivering nearly 400 hp, but that remains to be seen.

Aside from the styling changes we've already seen pretty much in full, the facelift is also allegedly bringing M Sport brakes with red calipers for the first time on the 5 Series. Inside, the infotainment system will finally get support for Android Auto smartphone integration through a wireless connection. We were expecting this as an announcement was made late last year about the company's plans to add AA to all cars equipped with the BMW Operating System 7.0.

We will likely have to wait a little bit more for the M5 and its Competition sibling since BMW might want to save the icing on the cake for later. An even hotter M5 CS – presumably with more power and other upgrades – has been spotted and it will ultimately become the range-topping 5 Series model. 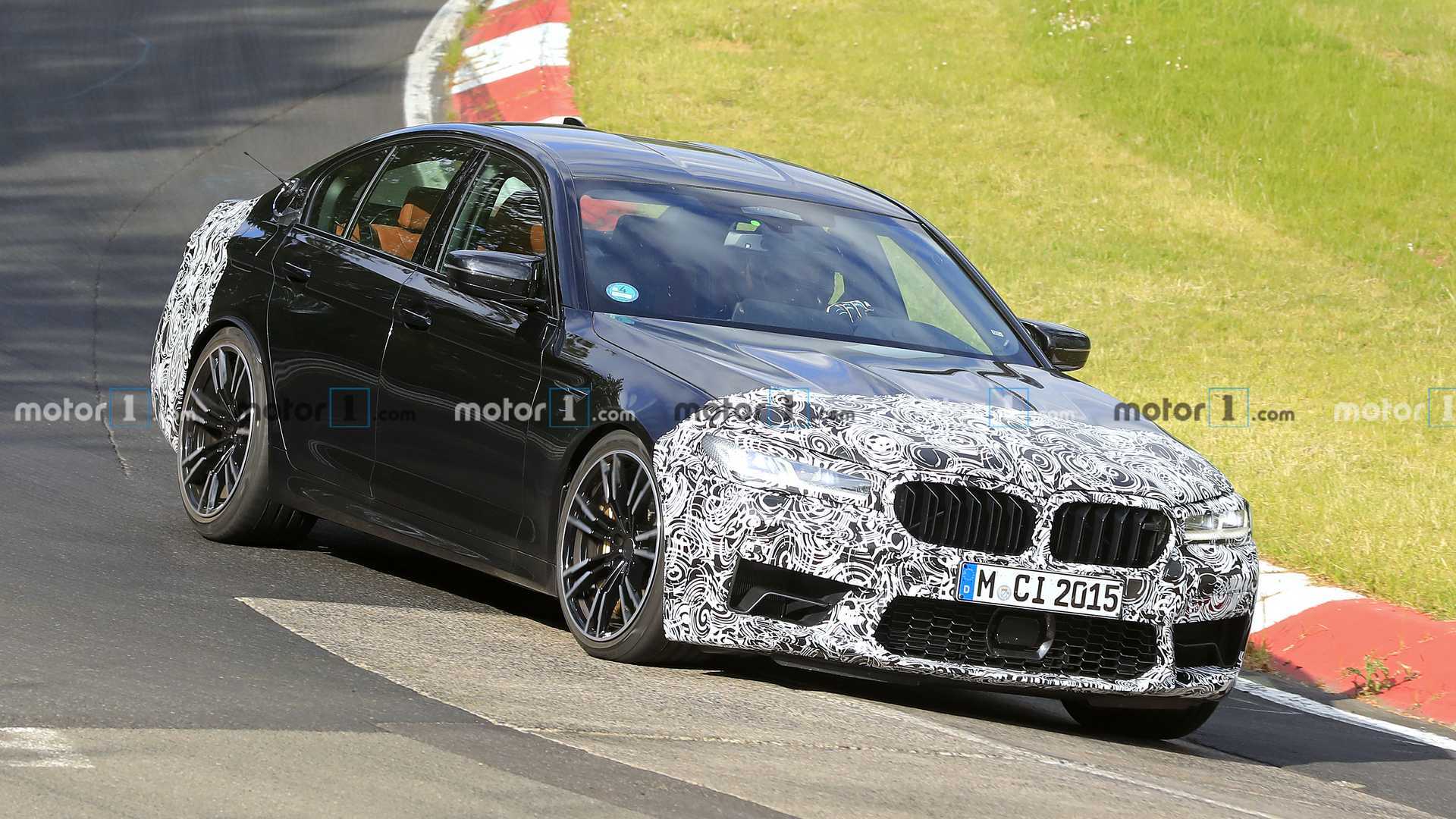