No better time than now, as the saying goes. Airstream is here to fully fan the flame of your wanderlust, by releasing the 2020 Atlas RV, a luxury motor coach that combines Airstream luxury with Mercedes-Benz performance.

Airstream is the oldest American company in the recreational vehicles industry, and it's applying all that know-how to deliver a new, enticing, most luxurious and reliable motor coach. 2020 Atlas is built on a Mercedes-Benz chassis because, Airstream says on the official website, they wanted to combine the Mercedes performance with the type of luxury only Airstream could offer.

This way, the upgraded and improved Atlas comes across as the fanciest motor home around. It's not just flush on creature comforts and gorgeous style, but also allows longer off-grid vacations, thanks to a combination of roof-mounted solar panels and a diesel backup generator. This Airstream RV isn't even close to fully self-sufficient, but it's one step closer to making your vacations more eco-friendly and, why not say it, cheaper.

The 2020 Atlas is built on the chassis of a Mercedes-Benz Sprinter 3500 with a 170-inch (432 cm) wheelbase. To include extra living space, Airstream has fitted the new RV with a pop-out panel on the side behind the driver's seat. Deployed when parked, this panel adds extra inches of width, which, in turn, allows you to open up a cleverly hidden Murphy bed.

The upgraded Atlas comes with sleeping for two and seating for four, as the driver's and passenger's seats swivel around to face the cabin. Add pop-up tables in front of the seats and you've got yourself a comfy dining area or study space. The Murphy bed converts back into a couch with seatbelts for day driving, and the pop-out panel retracts without trace.

Designed with all the trappings of a luxury home, the 2020 Atlas comes with upgraded entertainment options, including a hideaway 40-inch Samsung LED Smart TV with a sound bar. With Mercedes-Benz's new MBUX interface, the Atlas now has an upgraded 10.3-inch infotainment display.

Extra, less techy entertainment options include reading and chilling. Reading lights and built-in bookcases surround the couch, but if stargazing is more your type of thing, you can always make use of the power sunroof with screen, situated right above the bed.

The RV comes with a residential-style kitchenette, with two gas burner tops, sink with tankless water heater, convection microwave, a small refrigerator / freezer, a pantry and even a kitchen fan. This should be more than enough to cook basic meals for two or even four, but don't expect it to be the right choice for more elaborate dinner parties, since space is limiting.

The residential-style bathroom takes up the entire rear of the cabin and has a walk-in shower, a porcelain toilet and sink, a medicine cabinet vanity and plenty of storage space, including a cedar-lined closet. Water is sourced from a 23-gallon (87 liters) fresh water tank and then stored in two separate tanks: a 31-gallon (117 liters) gray and a 23-gallon (87 liters) black water tank, respectively.

Air conditioning and heat pump, a power awning, motion-activated lights on the outside and an outdoor shower connection are also part of the package. The motor home is prewired for satellite TV and onboard Wi-Fi.

Now for the off-grid vacations promise: the 2020 Atlas comes with a 300-watt solar panel mounted on the roof, for a sustainable source of energy on sunny days. Granted, that's not a lot, but it's a start in the right direction. To make sure you don't run out of juice, a 3.2-kilowatt diesel generator is also available on board, as well as two 12-volt batteries and a converter inverter.

The Sprinter 3500 chassis has a 3.0-liter V6 diesel engine, with 188 HP. The 2020 Atlas is rated at 16 to 18 highway miles per gallon (13-14.7 l/100 km), and comes with Airstream's Air Ride Suspension for smoother rides. Future owners can choose from a variety of interior color schemes, including a "Tommy Bahama" special edition that comes with an actual bar, besides tropical-themed décor and furnishes.

Pricing for the 2020 Atlas starts at $238,071, which is far from "cheap." However, Airstream is hoping that the promise of so much luxury and the possibility of going off-grid for a tad longer are enough to get you to start saving up for your next motor home. 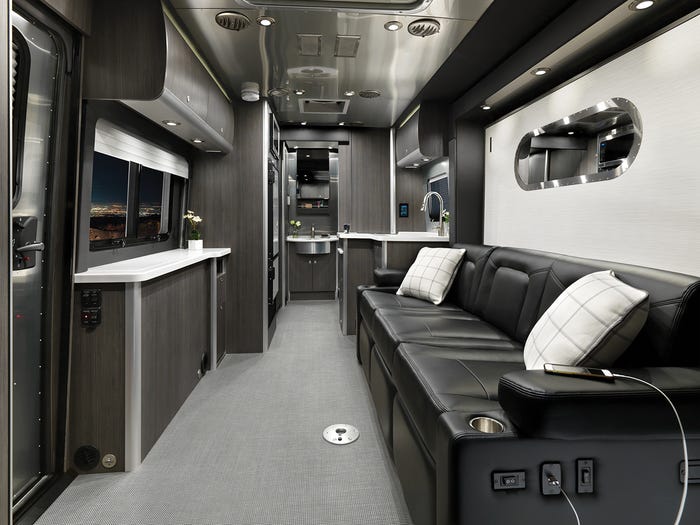 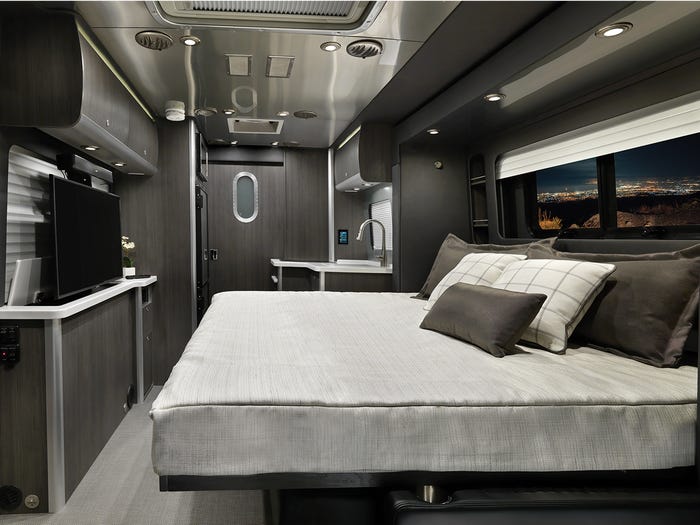 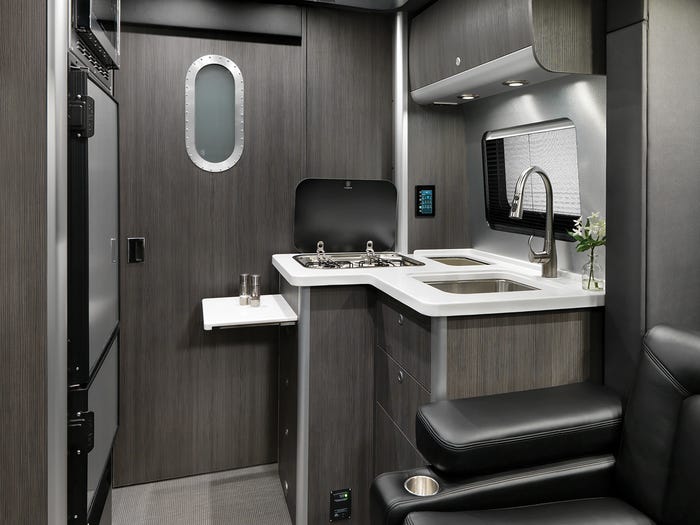 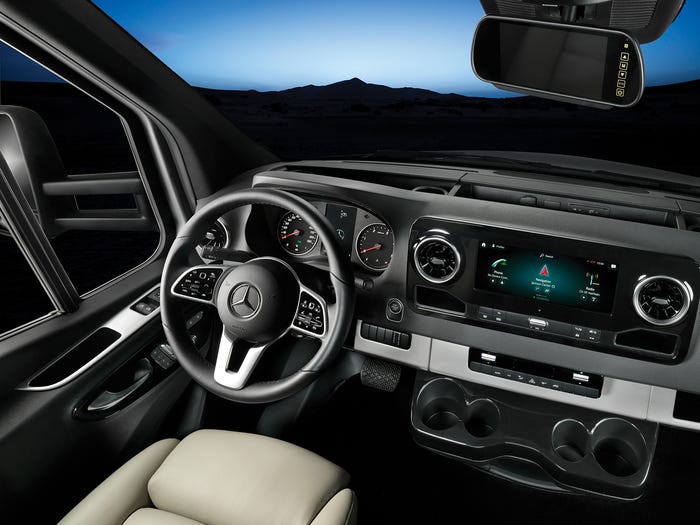