MercedesMercedes Unimog
Designs have changed over the decades, but the off-road formula is still the same.

There have been many good and even great vehicles since the first motorcars appeared at the end of the 19th century. Only a few have attained legendary status, and the Mercedes-Benz Unimog is arguably one of them. Originally designed to be an agricultural-use vehicle in post World War II Germany, it's become an unstoppable off-roader used in commercial and personal applications far too numerous to mention.

It's actually difficult to step through the various Unimog generations. There have been so many adaptations for various roles that it's tough to group them all together. As such, the team at Fleet Logging organized the monster Mercedes by models with a general focus on the decades in which they were offered. The end result is this breakdown of 12 models, spanning from the very beginning to today.

Here's a look at the Unimog through the years, including a couple of variations you may not have known about. 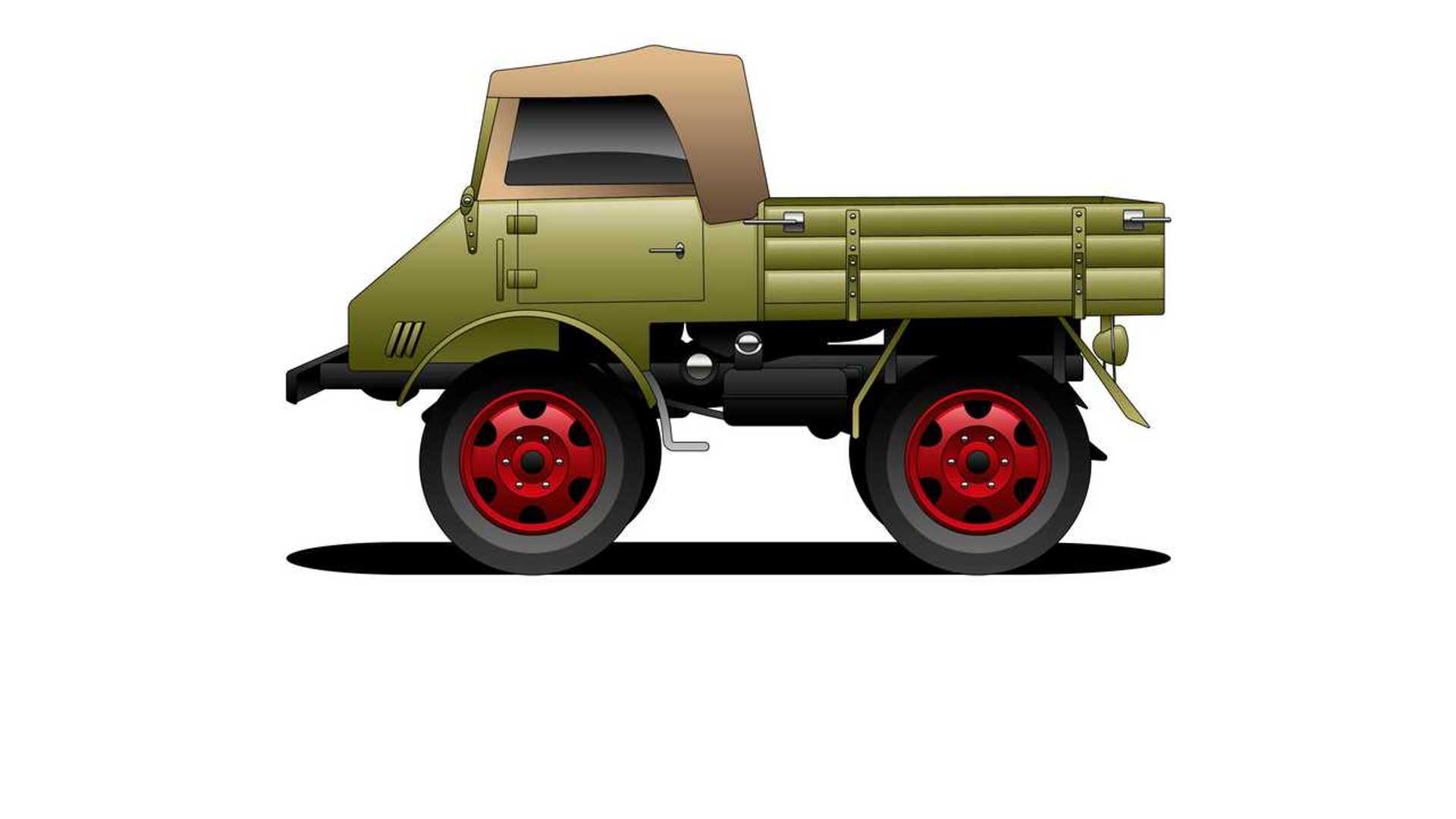 The first Unimog wasn't a Mercedes-Benz. It was built by Boehringer though it featured a Mercedes-sourced diesel engine. 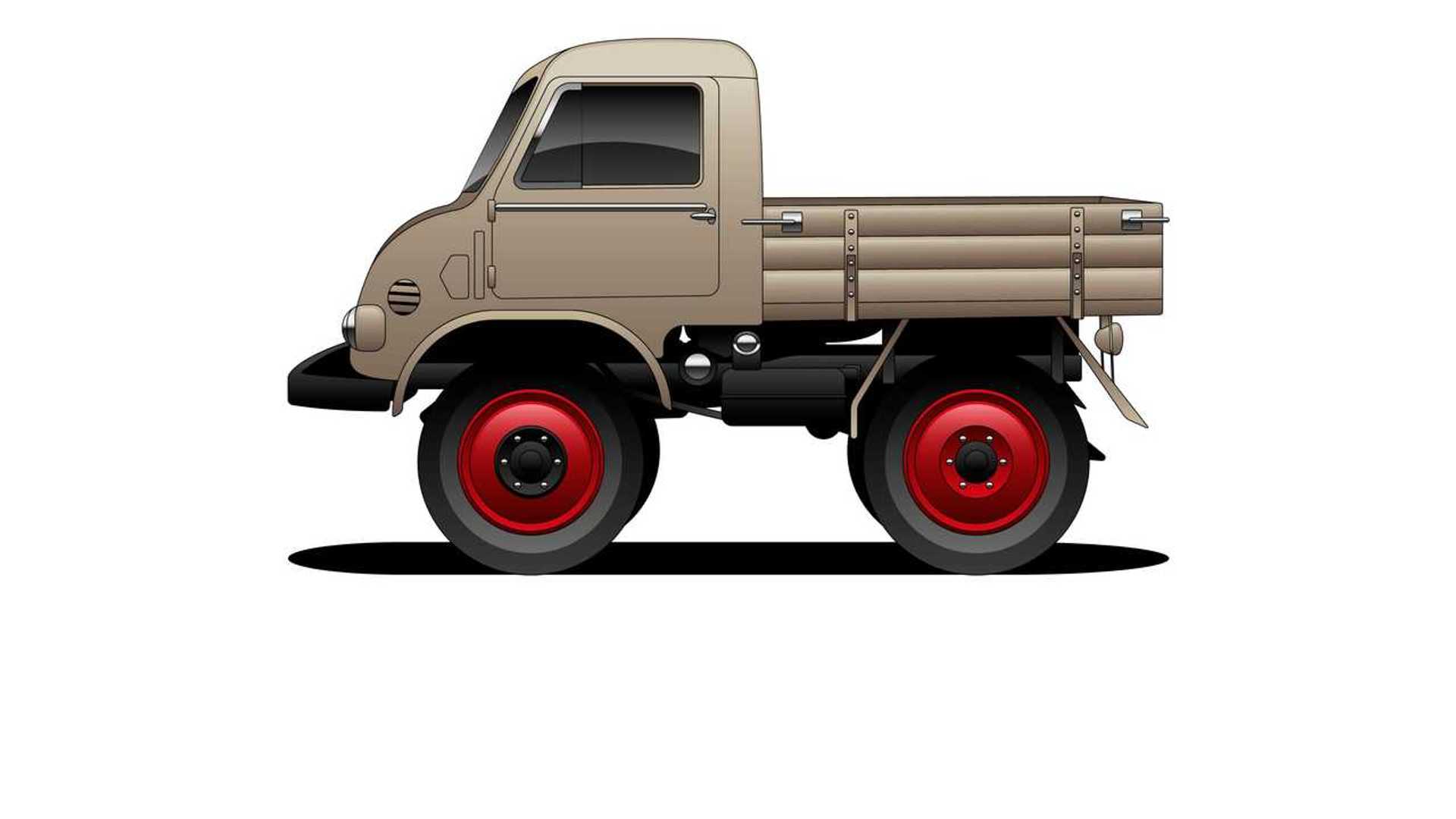 In 1951, Daimler-Benz took over Unimog assembly and tooled it for mass production. The Mercedes three-star emblem and an enclosed cabin appeared in 1953, creating the iconic Unimog style that still endures in basic form to this day. 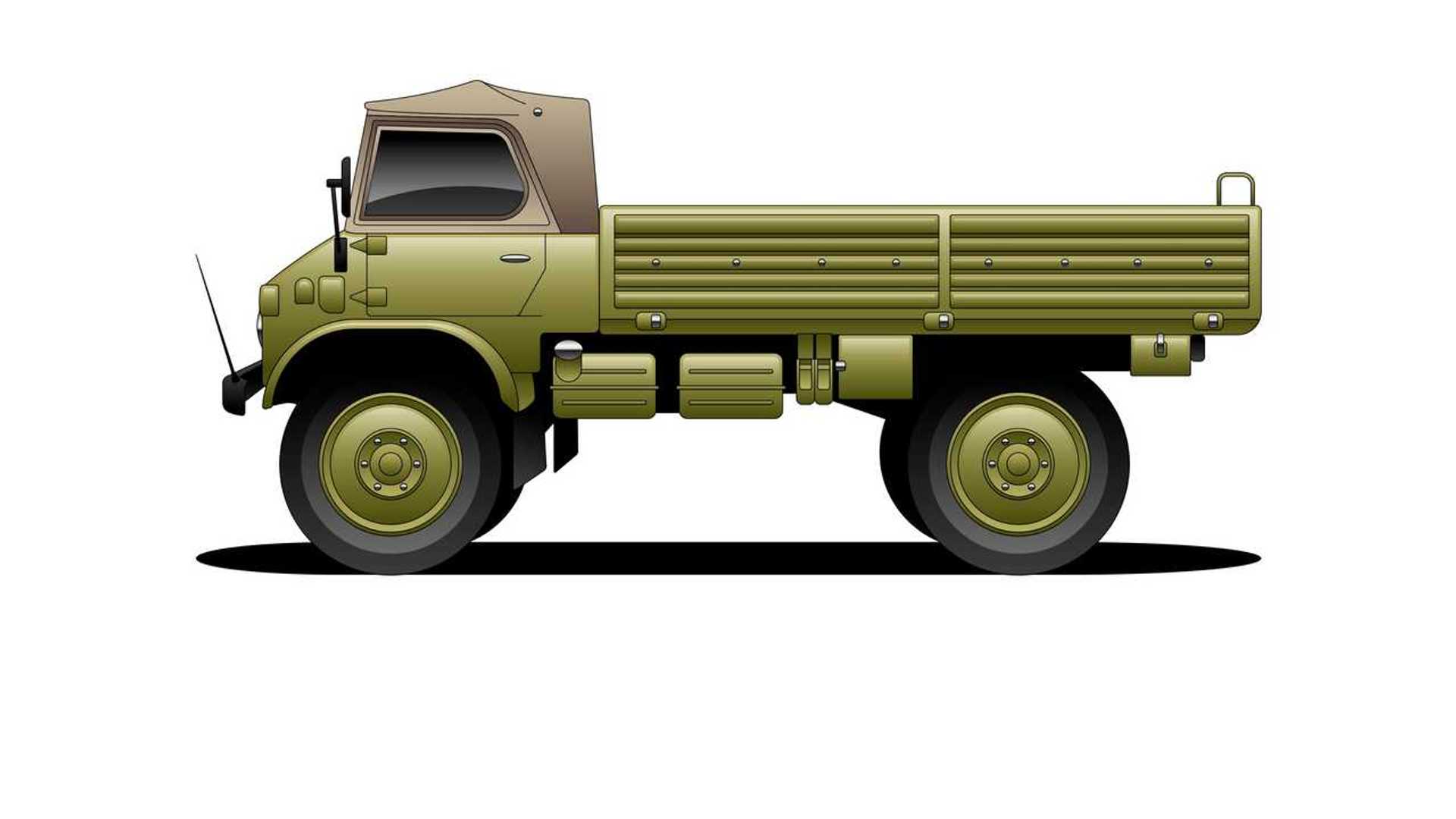 1955 marked the first year of the 404 series, and the platform would ultimately stay in production for 25 years. 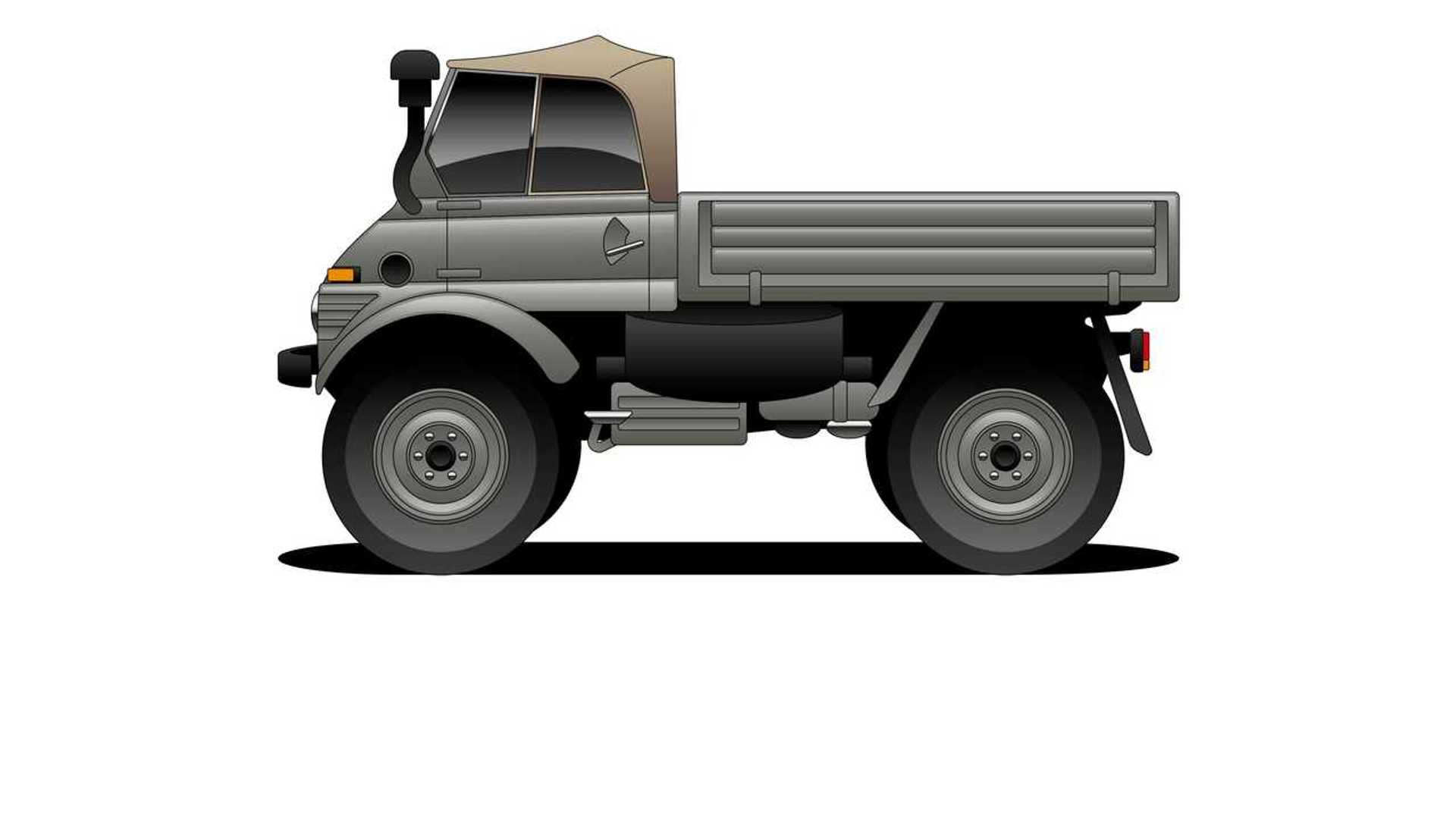 Sometimes called the middle series, the 406 entered production in 1963 with a six-cylinder diesel. The 416 features a longer wheelbase, and this era saw the 100,000th Unimog built. 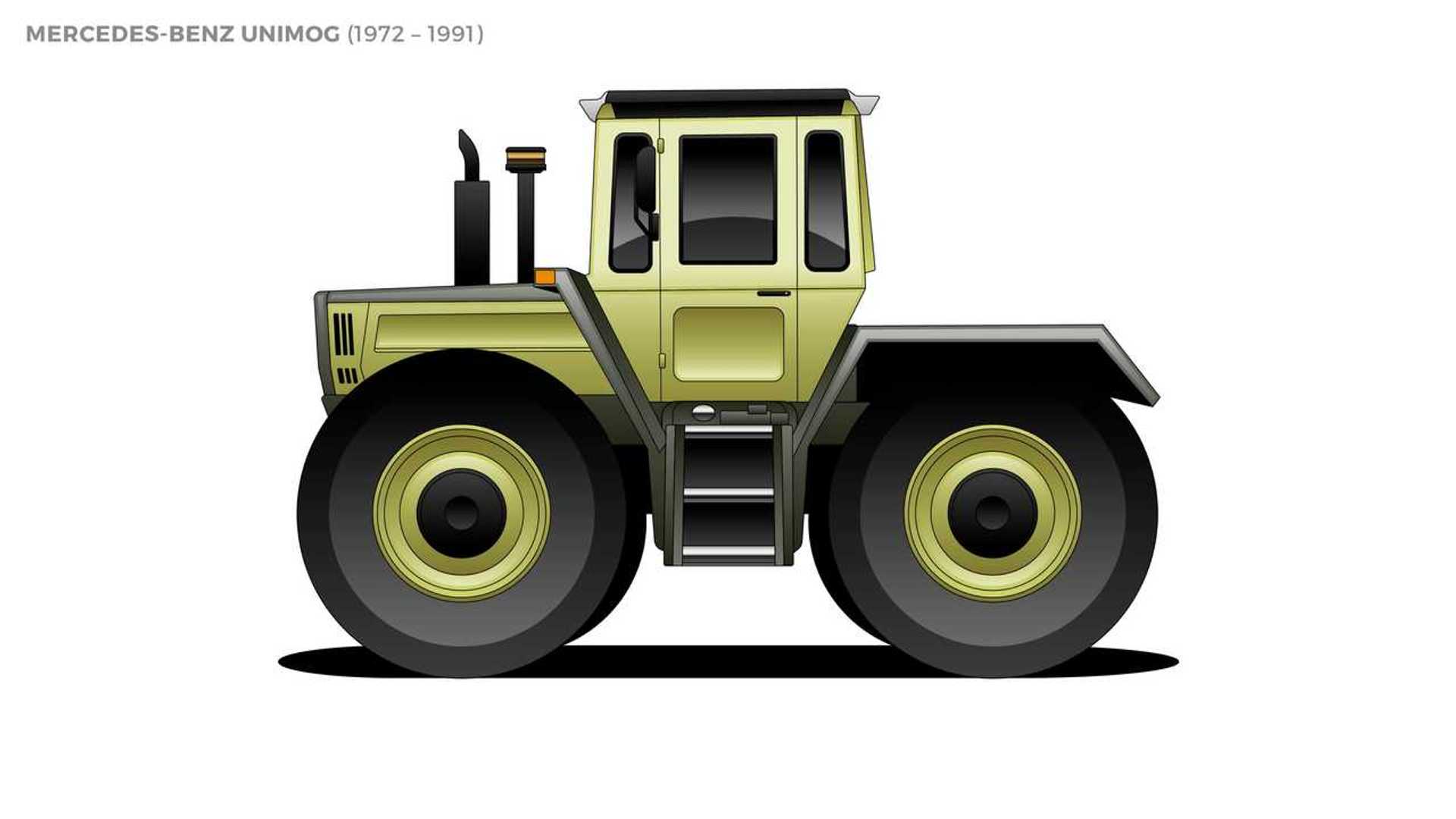 The Unimog was also a tractor! Starting in 1972, the MB Trac was offered as a body-on-frame 4WD tractor with conventional steering. This owes to the Unimog's original idea of being an Ag vehicle for use on farms as well as roads. 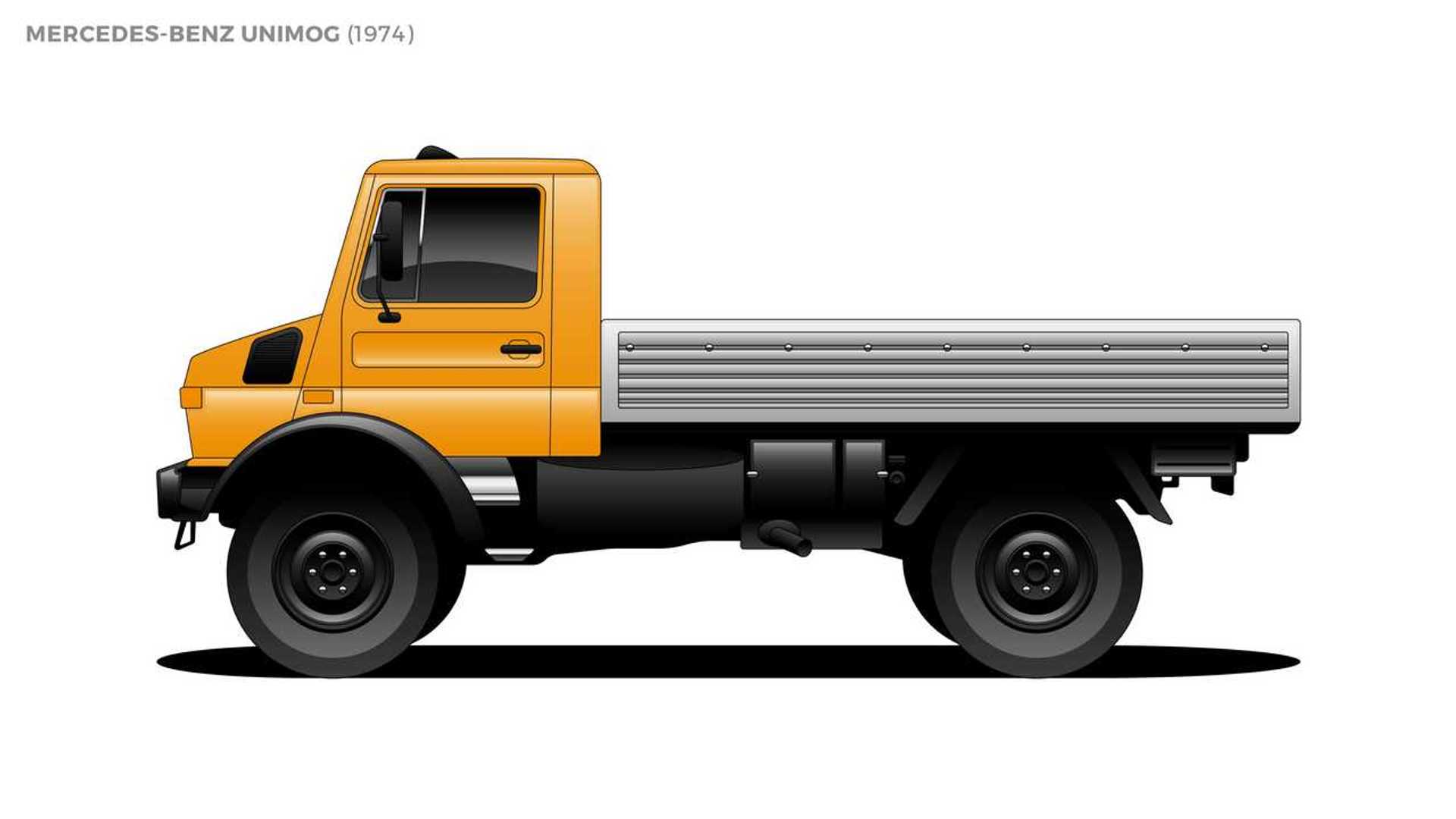 Though certainly capable as an off-road machine, the 425 model in 1974 was the first heavy-duty Unimog to enter production. 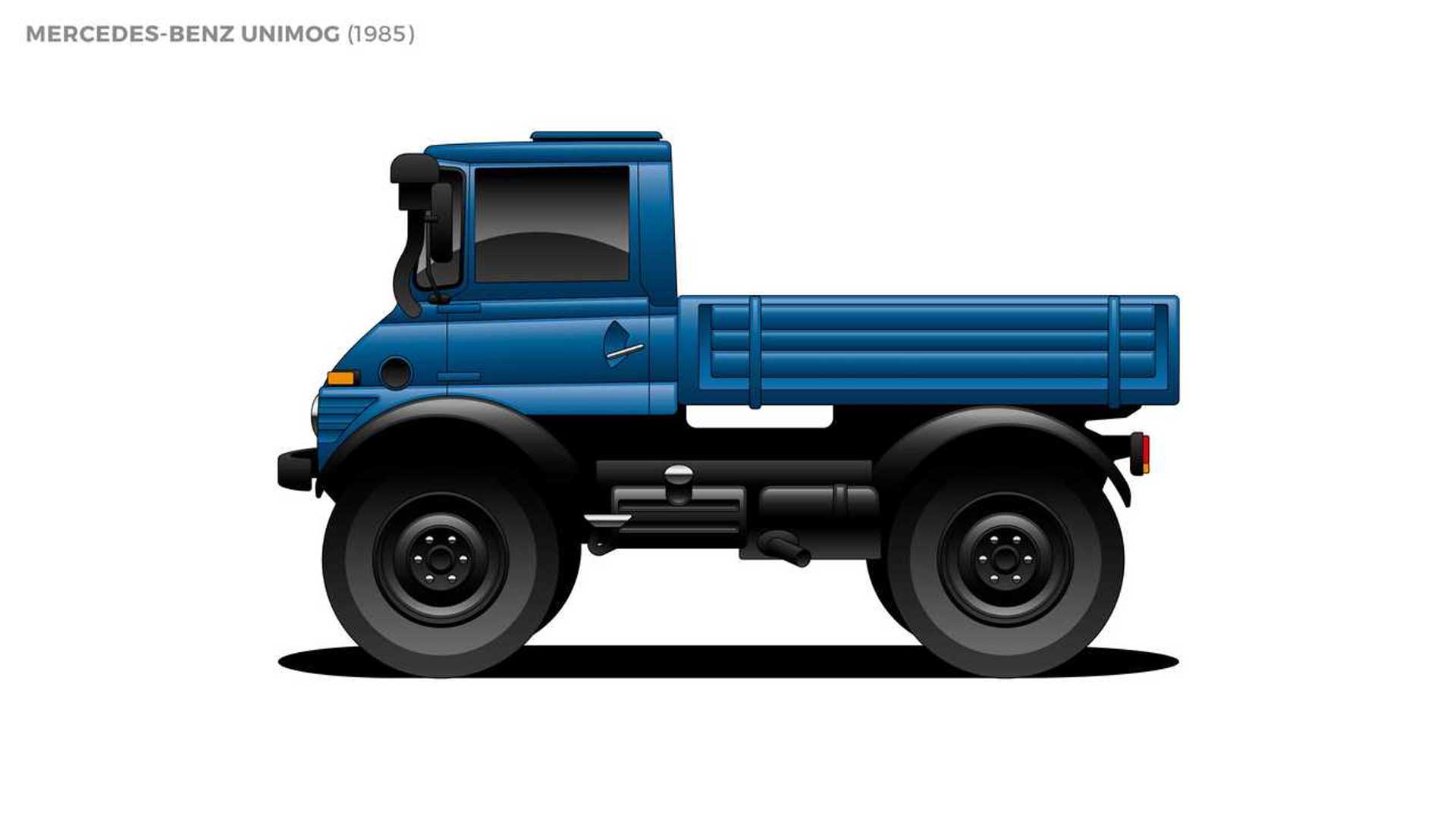 With production of the old 404 models ending in 1980, a new Unimog era dawned in 1985 with the light 407 and medium 427 series. A rounded hood with a 425-series cab gave the enduring off-roader a fresher, more modern appearance. 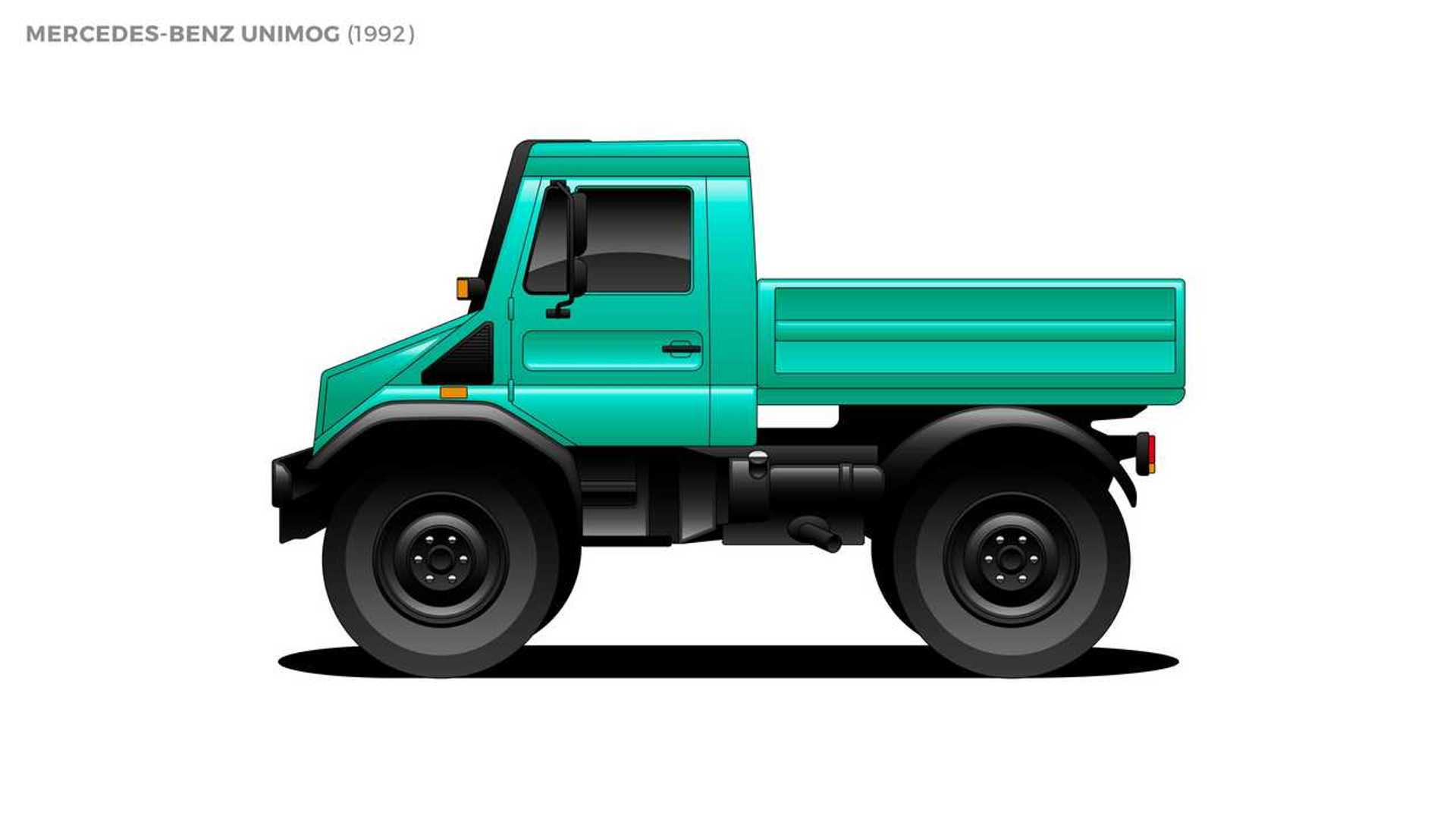 A slightly edgier design debuted in 1992 for the light 408 series. Diagonal lines replaced curves on the hood, and the lights moved lower into the bumper. 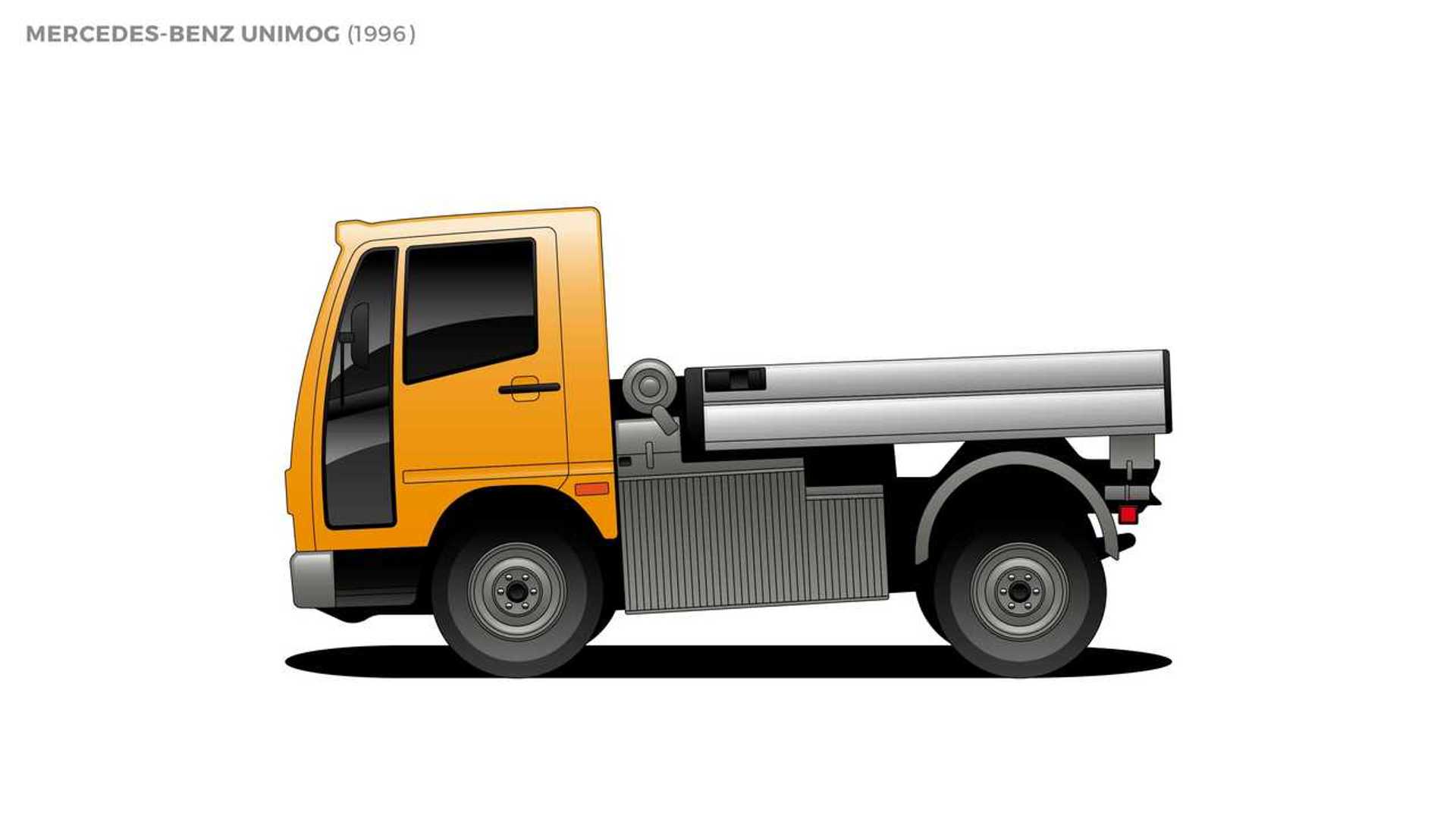 Another light model refresh came in 1996 for the 409. However, and even ligher model called the UX100 (pictured above) also debuted that year. It wasn't so much an off-roader as a small city vehicle, designed to maneuver around tight streets and even sidewalks. It's the smallest Unimog ever produced. 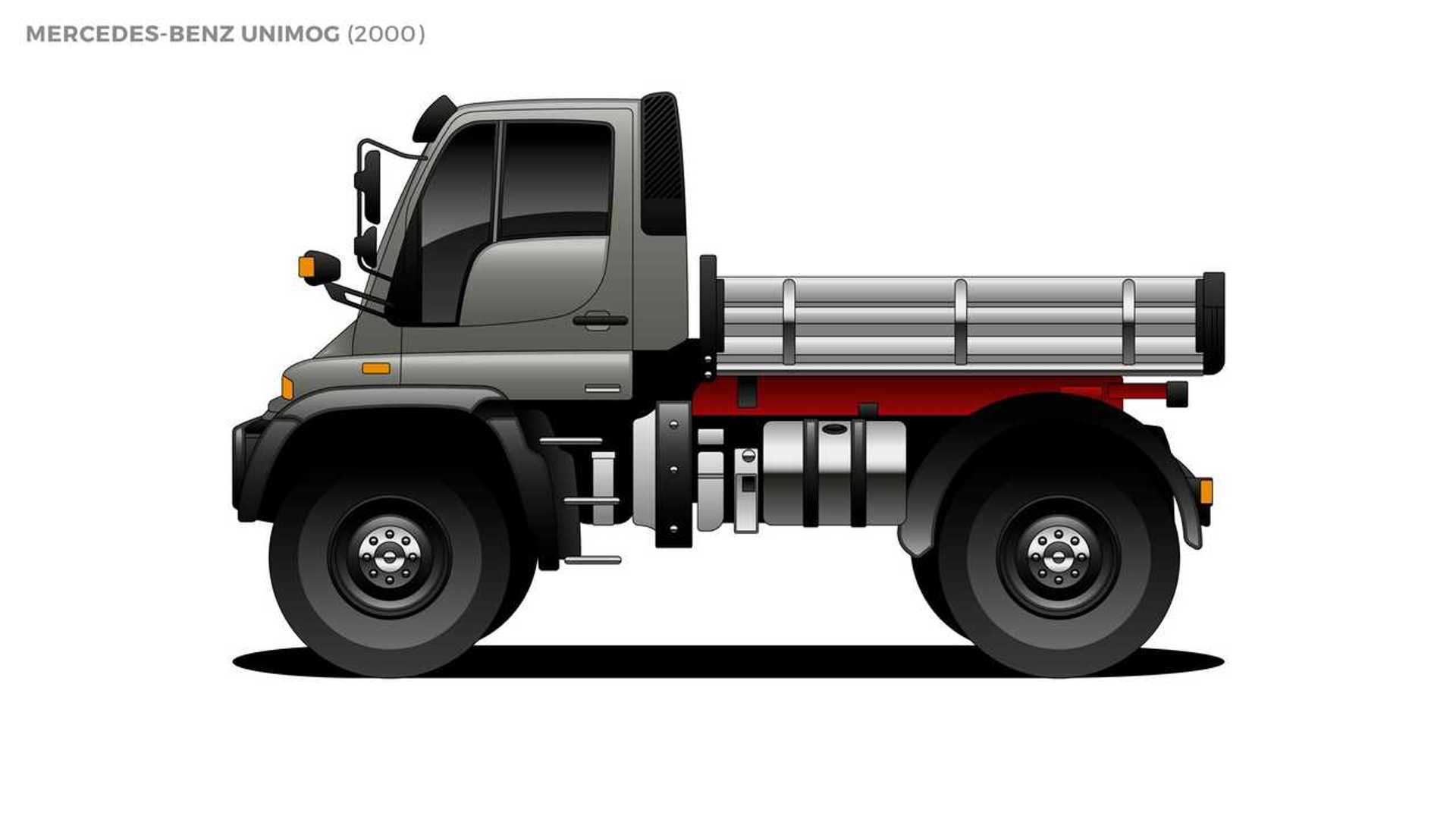 The 2000s ultimately saw a range of beefy Unimogs enter the scene, including the U 400 and U 500 featured here. Cabs were a bit larger, and the front fascia took on a modern design. The underpinnings were as rugged as ever, however. 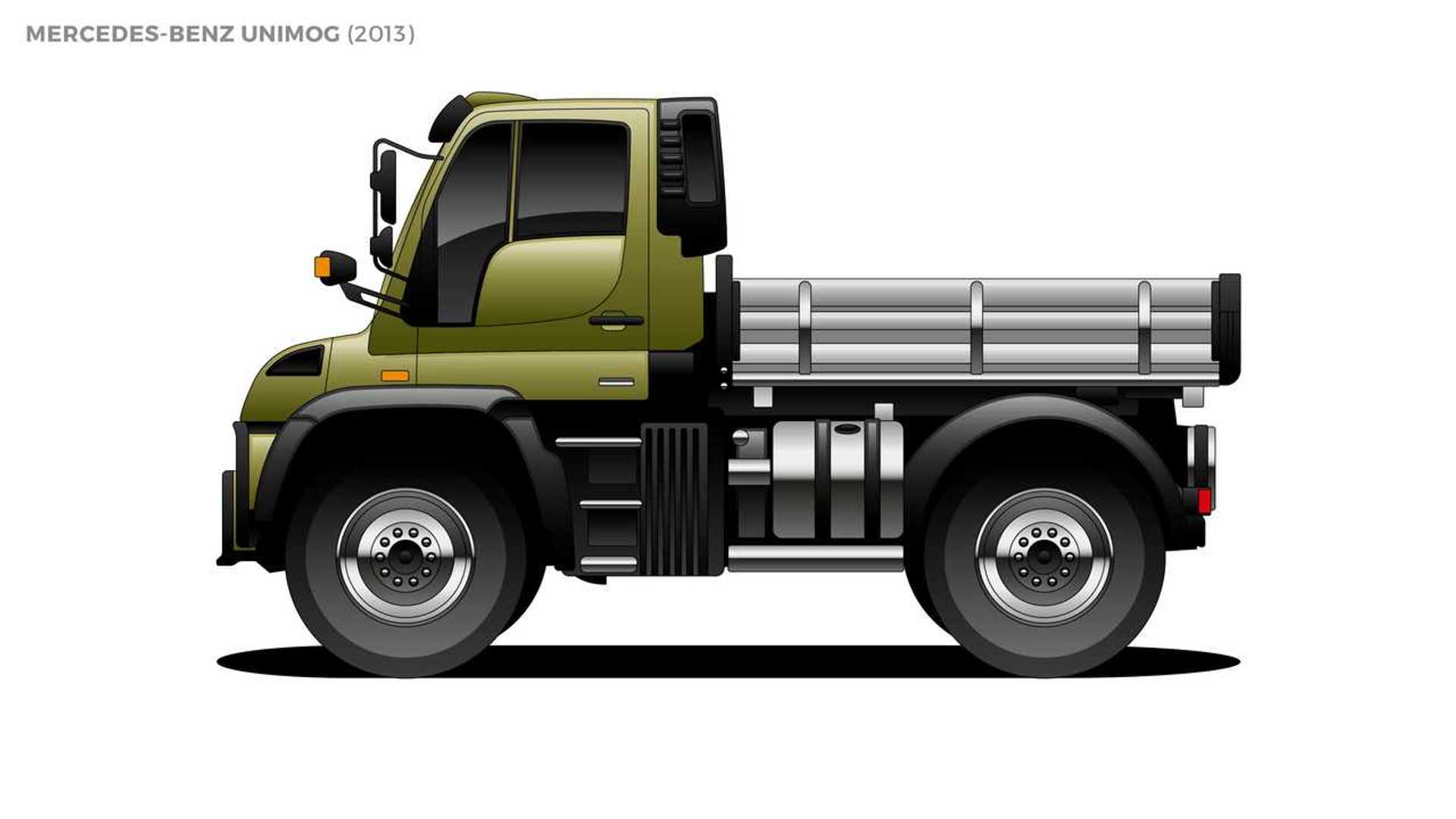 A new panoramic cab and a refreshed design came to the Unimog line starting for the 2015 model year. The update also included new engines that meet Euro VI emissions regulations. 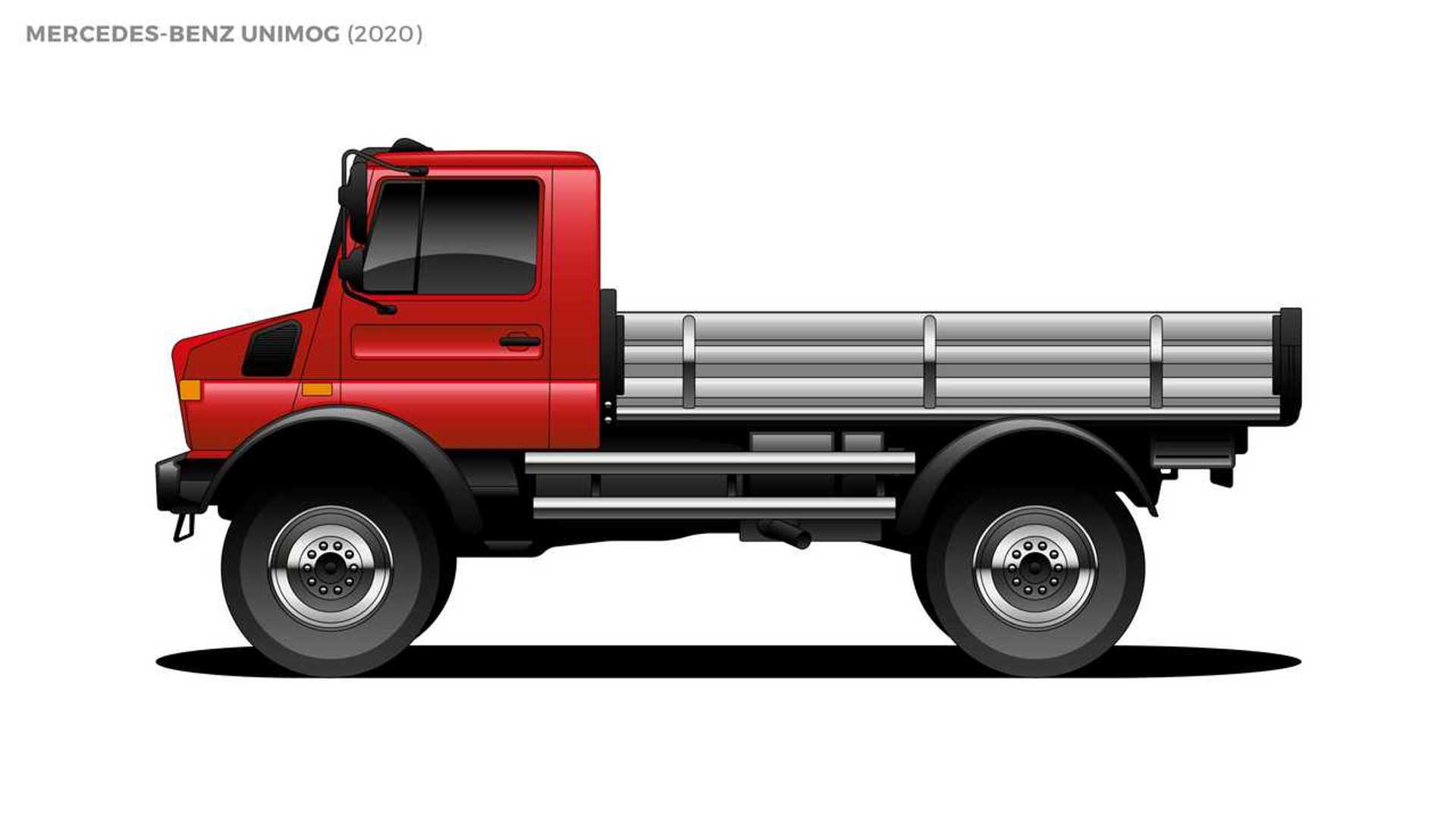 The latest iteration of the big U 4000/U 5000 for 2020 sees the hood grow and the windshield shrink, with a bigger grille in front. With portal axles, 4WD, and enough ground clearance to crawl over houses, the Unimog is still as off-road capable as ever.