rvtrailerWestcraftWestcraft Capistrano
Vintage on the outside, modern underneath.

The Westcraft Manufacturing Company existed for about nine years in the post-World War II era to produce some of the greatest camper trailers at the time. The Capistrano was a dual-axle park trailer that represented the best the firm could do in the early 1950s and it was its longest available model. One such rare example is currently up for sale and it’s not cheap.

Bought by its current owner from a friend in 2008, this particular Capistrano park trailer underwent an 11-year (!!!) restoration and customization process at a studio in California. Basically, every inch of the exterior and interior were rebuilt to factory quality - replacement or repair of interior birch, a full repaint of the body, updates to wiring and plumbing, etc.

As you can see from the attached gallery above, it’s a fully equipped home on wheels with everything you’ll ever need for your vacation. The features include a king-sized bed, a modern-day refrigerator and oven with a facade matching the overall interior design, two hidden televisions, and efficient DuoTherm heating and air conditioning.

The original bathroom was enlarged and is now fitted with a shower and custom curtain rod. There’s also a retro-looking mint green American Standard toilet from the late 1940s refurbished with modern flushing mechanisms while retaining the original look. In fact, most of the equipment onboard is period-correct but uses modern technologies and mechanisms under the surface.

The sale comes with all the documents and a wide gallery of sketches and images detailing the restoration process. The trailer is currently registered until November 2021 with a yellow California year-of-manufacture plate, and you have about 48 hours to bid if you are interested. The highest bid until now is $210,000. 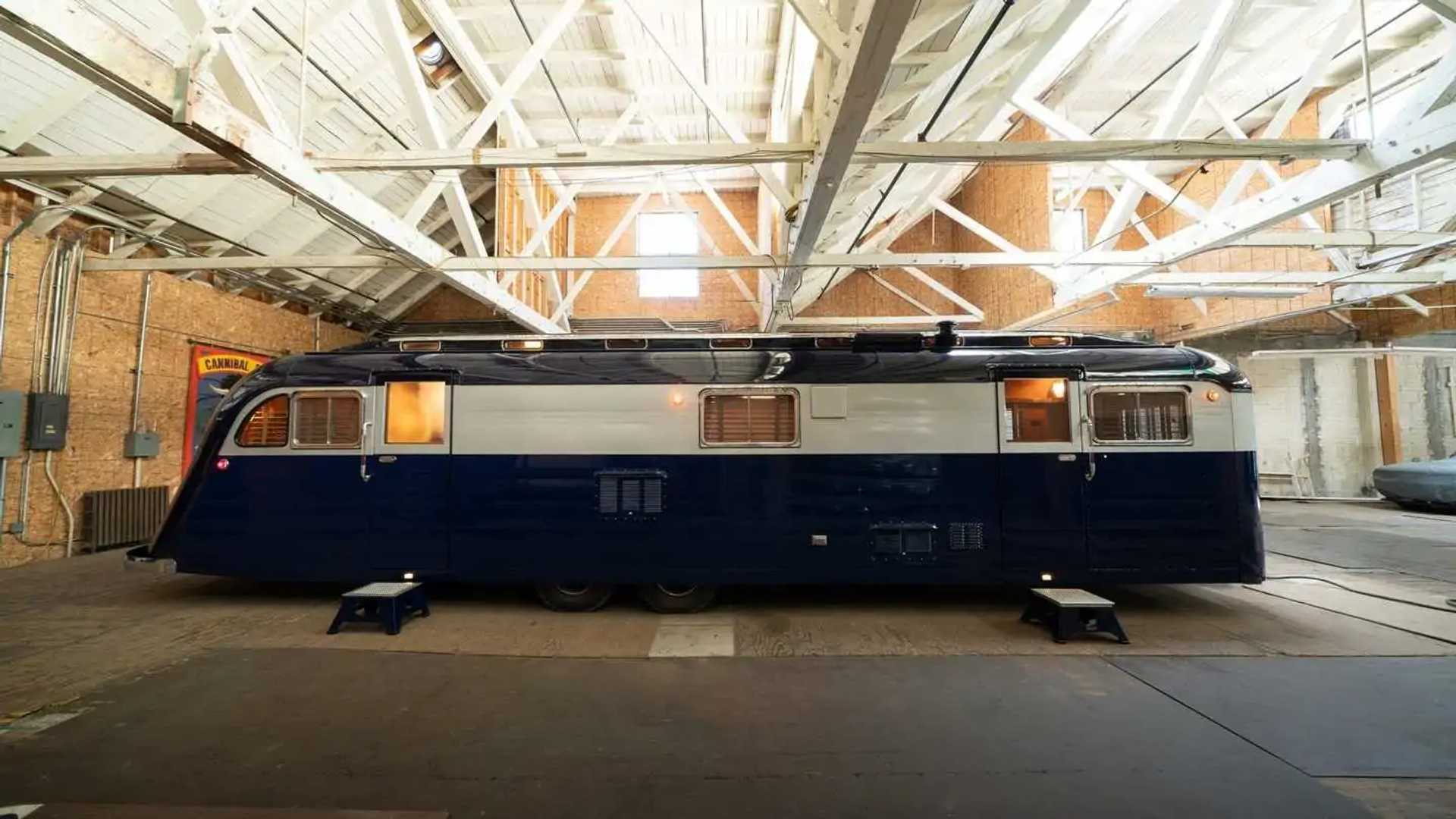 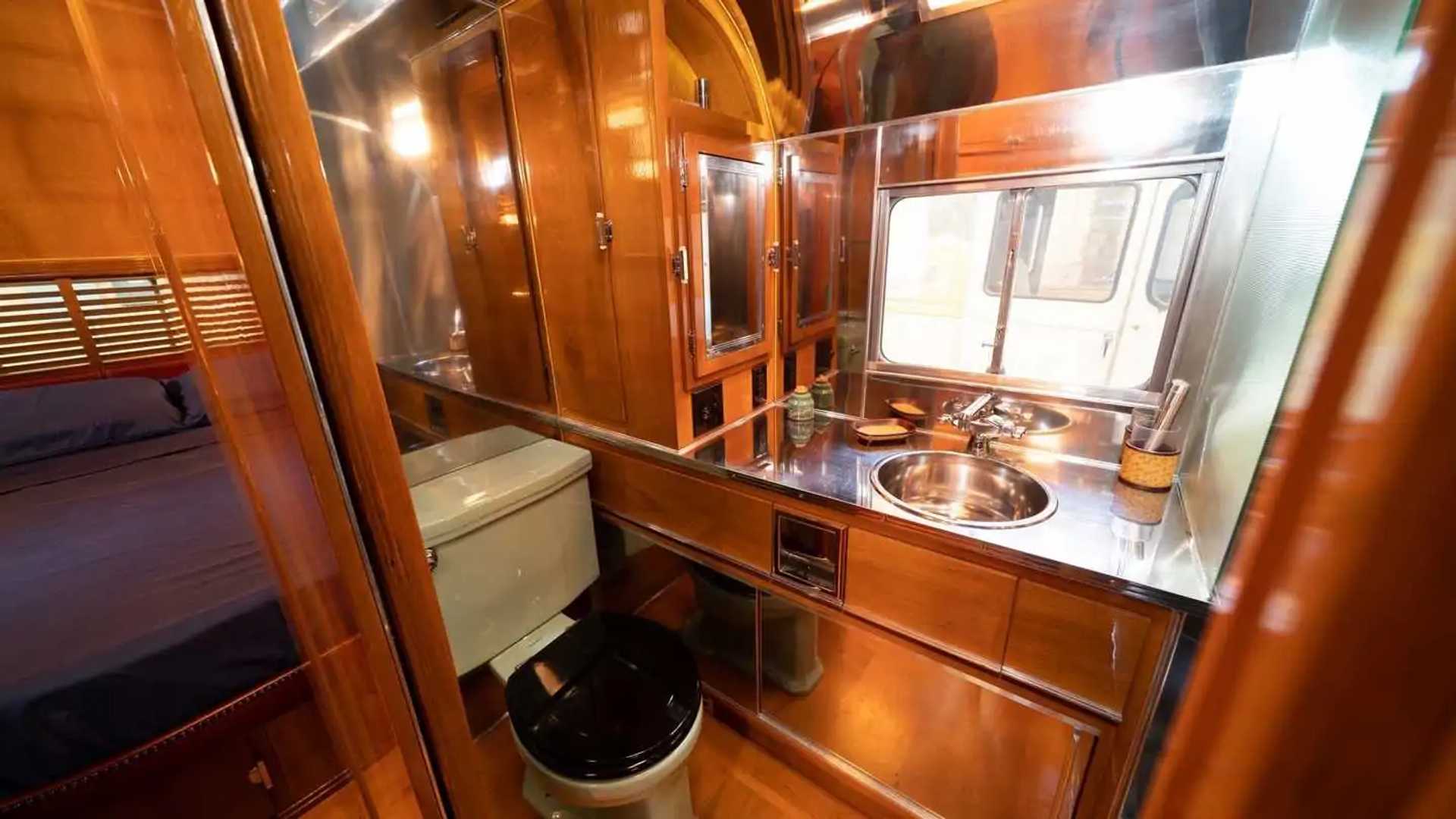 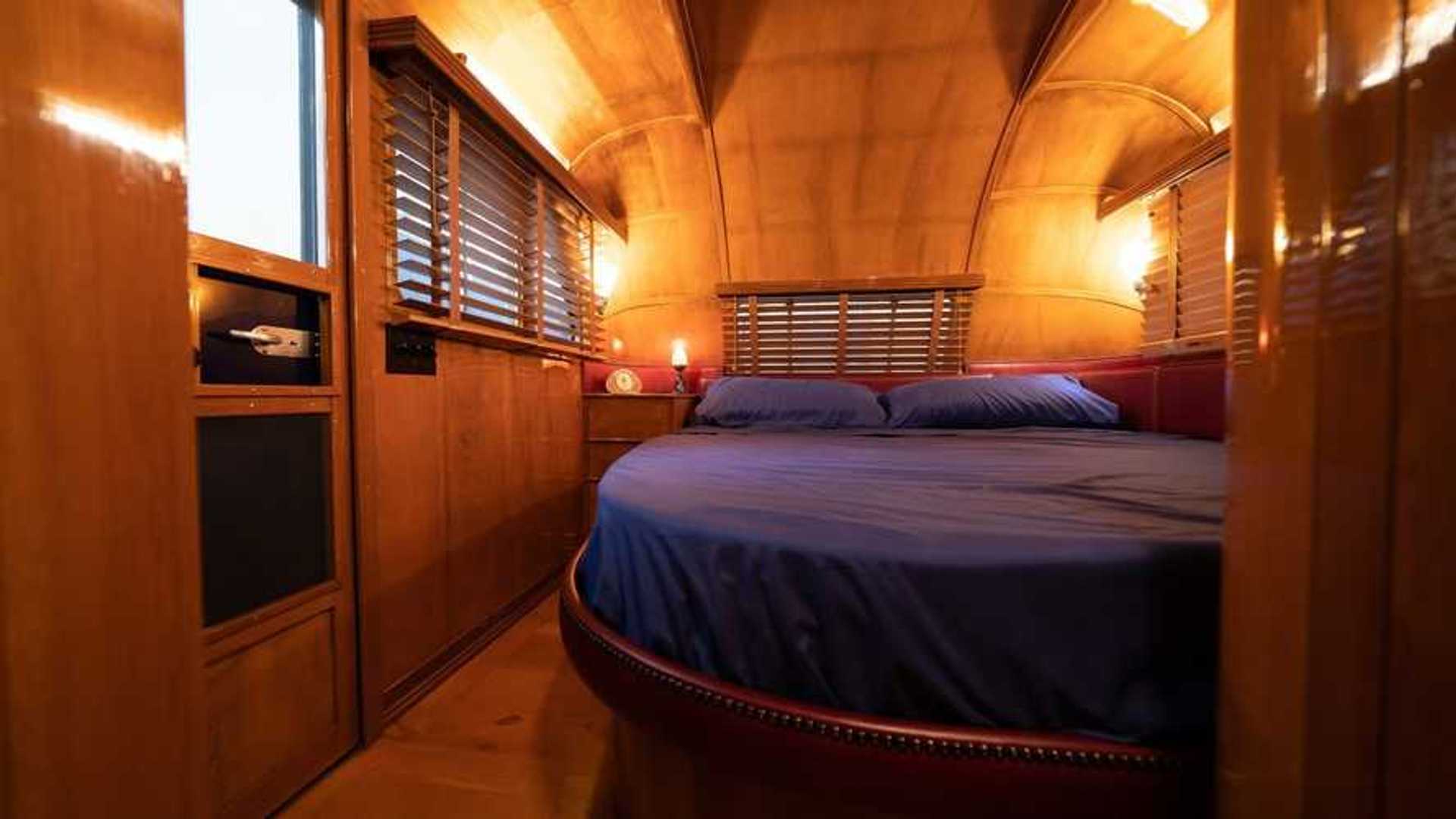 Related News
Subaru-Engined Vw Bus Camper Is All You Need For Your Next Trip27. December 2018
2020 Airstream Atlas Is The Luxury Rv That Now Allows Longer Off-Grid Vacations21. April 2020
Bowlus Volterra Is An Electric Travel Trailer That Can Charge Your Ev10. August 2022