The Transported will be based on the MQB platform for non-commercial usage.

In exactly a year ago, a test mule of the Transporter T7 has been spotted testing its hybrid powertrain. This was among the first development of the seventh-generation Transporter, which is reported to be underpinned by the MQB platform.

Now, Volkswagen may have just revealed a restyled Transporter T6.1 but the German marque isn't about to hold the throttle in pushing the development of the T7. Another set of spy shots have surfaced with the test mule still wearing the pre-facelift skin.

Our spy photographers noticed that the T7 test mule carries a longer front-end compared to what the current T6 carries. This is to give the people-hauler a more regular "car" look. Of course, styling hasn't changed much in this set of spy photos but it is predicted that the T7 will have more design changes.

As mentioned, the upcoming T7 will allegedly sit atop the MQB platform to allow multiple powertrain and interior options like VW's latest infotainment systems. The test mule, however, doesn't show too much deviation from the current T6 aside from the fact that some parts were derived from different parts and models.

The only problem with the MQB platform is its application for commercial use. With this in mind, it looks like the Transporter T6.1 will soldier on for those who will need the vehicle for commercial usage.

Also, since the T7 will be based on the MQB platform, reports also suggest that the Caddy and Sharan names will become part of the T7 family. It is suggested that a T7 Life Caddy and T7 Family (Sharan), together with the T7 Multivan, are underway – something we should confirm in the months to come should the first full-body prototypes surface. 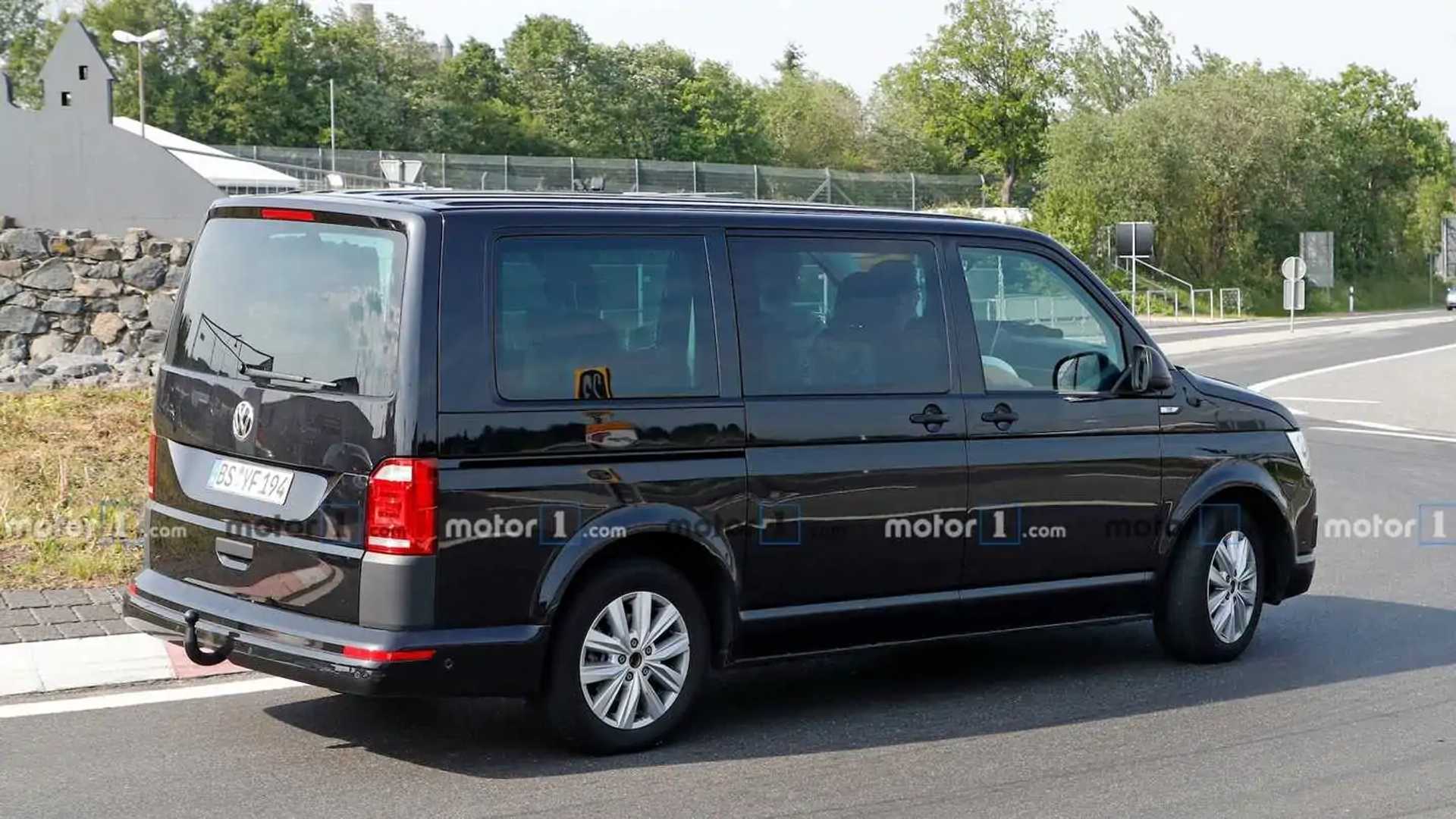