Sixty years ago, a classic Volkswagen Type 2 T1 bus left the company’s Hanover plant to a purchaser in Austria. It didn’t spend much time trotting around the country as a van before Viennese mechanic Kurt Kretzner modified it into a one-off all-terrain monster. Kretzner spent four years designing and building what would become known as the Half-Track Fox.

The modified Volkswagen sports four axles. The two at the front, with 14-inche tires, steer the vehicle, while the pair at the rear feature a chain drive mechanism that turns the 13-inch spinners into tracks. The setup allows the bus to have a turning circle of about 32 feet (10 meters).

Kretzner billed the bus as “An ideal helper for everyone: mountain hut keepers, hunters, foresters, doctors, maintenance engineers for ski-lifts, TV and radio masts, pipelines and the like,” which he wrote in the sales literature. Kretzner also noted that he “couldn’t find the vehicle I was dreaming of. So, I decided to build it myself.”

The mechanic fitted each tire with a brake, and he installed an automatic limited-slip differential to help manage the power, which wasn’t a lot. The modified Type 2 T1 got its power from a 1.2-liter engine making just 33 horsepower (25 kilowatts). It had a top speed of just 56 miles per hour (35 kilometers per hour).

While only one Half-Track Fox is still around, it’s believed that Kretzner built a second one. However, only this one has been found. After Kretzner built it, it disappeared for several years before ending up in the Porsche Museum in Gmünd, Austria. It then ended up in the hands of the Bullikartei e.V., a society of first-generation Bulli lovers. The group began rehabilitating the bus in 2005, but the effort failed.

The Half-Track Fox fell into the possession of Volkswagen Commercial Vehicles in late 2018. The team began a complete restoration process on the bus, even repainting the stripped and repaired exterior bodywork in similar matte orange color. VWCV gave its designers free rein over the interior, which sees beech and pine woods used throughout the cabin. The Half-Track Fox made an official outing in February of this year, traversing through the snow with ease. 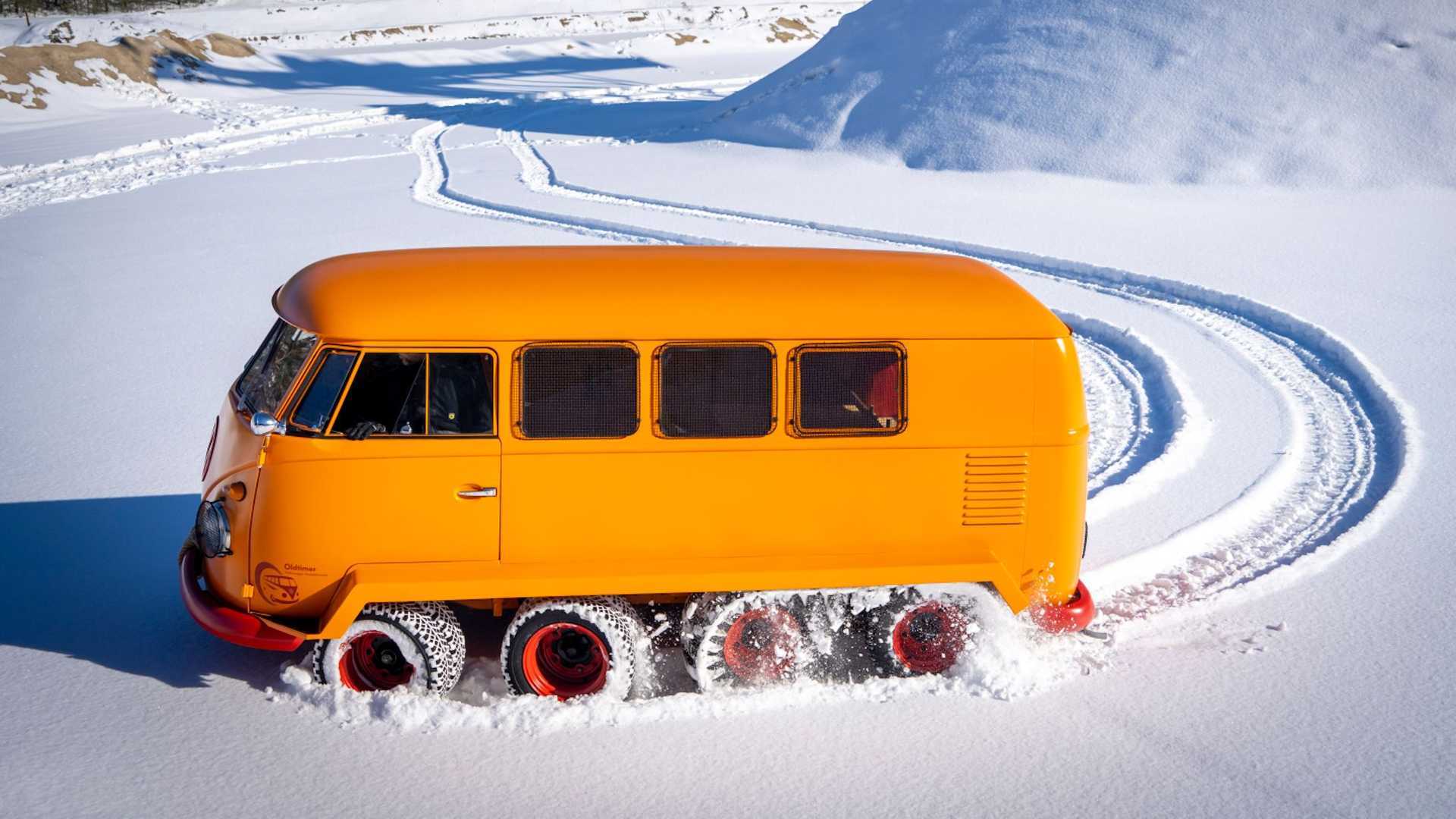 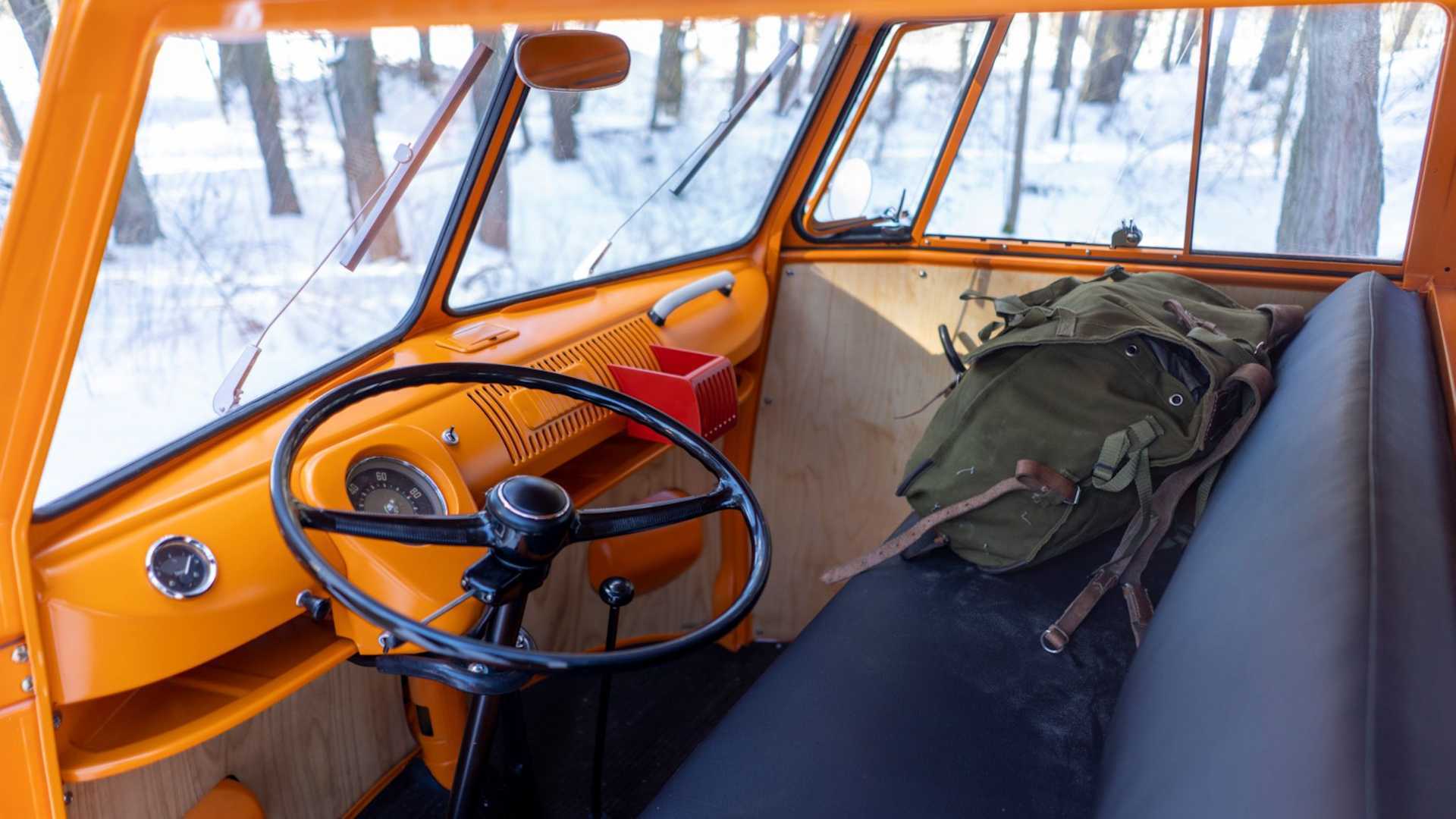