bikehondaHonda CB750motorcycle
We seriously dig the look of orange paint on first-gen CB750s – I mean, how could you not?

The mint-condition Honda CB750 we’ll be looking at today is a 1970 variant that’s been thoroughly refurbished by the current owner about three years ago. During the overhaul, the bike saw its double cradle framework cleaned and powder-coated, while the headlight bucket, fuel tank, and side covers have all been cloaked in a shiny layer of orange paint.

Furthermore, this stunning piece of Japanese machinery received modern SR712 rubber from Shinko, and its running gear was upgraded with new shock absorbers, braided stainless-steel brake lines, and twin cross-drilled rotors. Moving on to the powertrain sector, we find a Dynatek electronic ignition module, youthful exhaust plumbing, and the repurposed carbs of a CB750 Four K2.

To keep everything running smoothly for a long time to come, the engine’s air filter, head gasket, and fuel lines have all been replaced with modern counterparts, as were the camshaft tower pucks and drive chain. Last but not least, the owner went about optimizing the cam chain tension, ignition timing, and valve clearances earlier this year.

Honda’s vintage pearl is powered by a four-stroke 736cc inline-four engine that’s capable of delivering up to 67 ponies and 44 pound-feet (60 Nm) of twist at the crankshaft. The SOHC mill sends this oomph to the rear 18-inch wheel via a five-speed transmission, and it can propel its bearer to a top speed of 124 mph (200 kph). With all the vital fluids taken into consideration, the CB750 weighs 518 pounds (235 kg).

The restored marvel presented in this article is heading to the auction block with less than 12k miles (19,000 km) on the odometer! You may check it out on Bring a Trailer until Sunday afternoon (May 1), but spending about eleven grand to best the current bid may not be something that you or I can venture into. Well, at least we can admire this vintage charmer from afar, right? 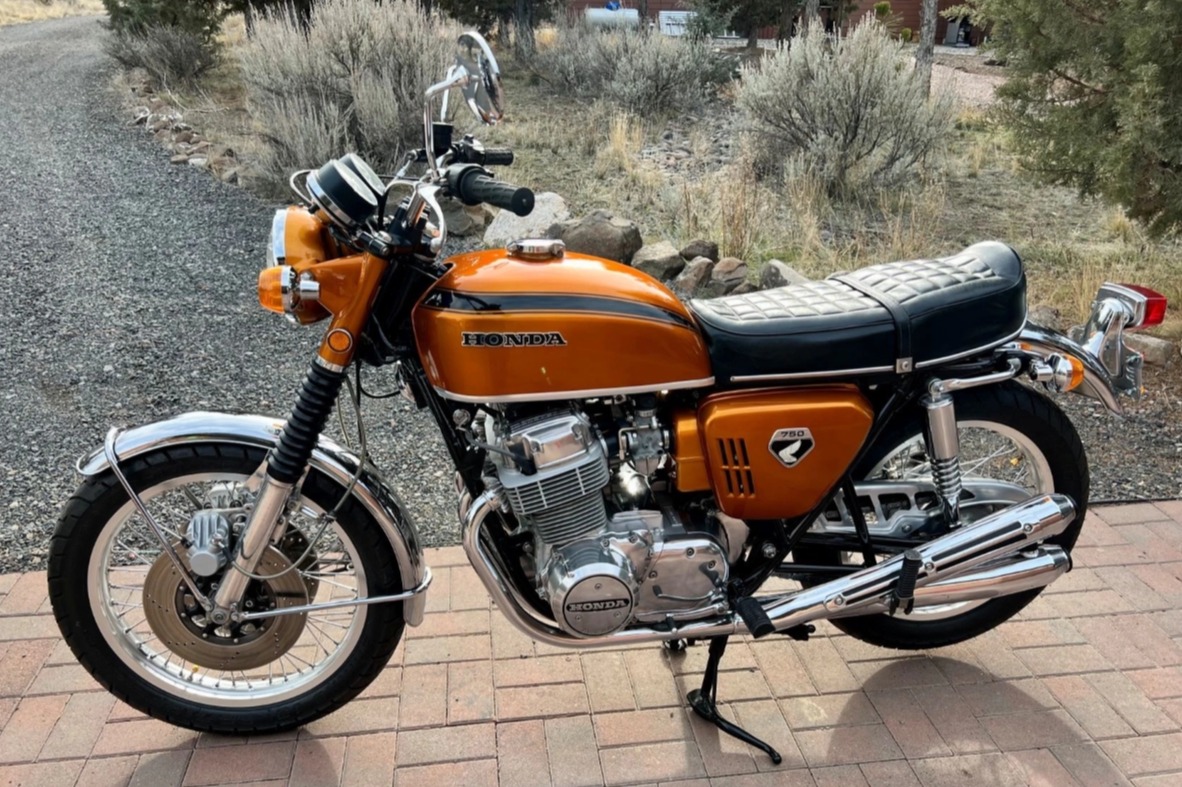