Volkswagen quietly advances with the development of the next-generation Tiguan and is currently testing pre-production prototypes on European soil. We say quietly because the German company uses smartly camouflaged trial cars to hide the changes it is planning for the compact crossover. However, we have a new batch of spy photos showing some progress as the Wolfsburg-based company continues its on-road evaluations of the model.

Interestingly, Volkswagen seems to be benchmarking the new Tiguan with the Touareg in R trim. Obviously, no one is expecting the smaller and cheaper model to match the performance and quality of its bigger brother and more likely, the automaker just wants to make sure the new Tiguan won’t step on the toes of the Touareg. Or, alternatively, the reason why there’s also a Touareg in some of the photos could be way more prosaic – the engineers and test drivers could simply need a second car supporting the test prototype.

The new Tiguan won’t follow the modern trend of becoming a purely electric vehicle. Instead, it will continue to be offered with combustion power in different forms for at least this upcoming generation, which could be succeeded by a battery-powered model. It’s obviously too early to talk about the Tiguan EV, but we know the next-gen Tiguan will ride on an updated version of the MQB Evo platform. Given the small time window, before the combustion engine is banned completely in Europe, it’s not really a surprise the Wolfsburg-based automaker doesn’t want to invest huge money into new architectures for ICE-powered products.

The company will also follow a similar recipe with the design, which will be an evolution of the current styling. However, the new Tiguan – as you can see from the attached photos – will borrow design inspiration from Volkswagen’s ID family, which is evident, especially at the front. With the fascia hiding a combustion mill, however, there are some obvious differences, like the larger air openings to provide fresh air for the engine bay. The full-width LED headlights and taillights, in turn, come straight from the ID.4 and the rest of the brand’s electric family. 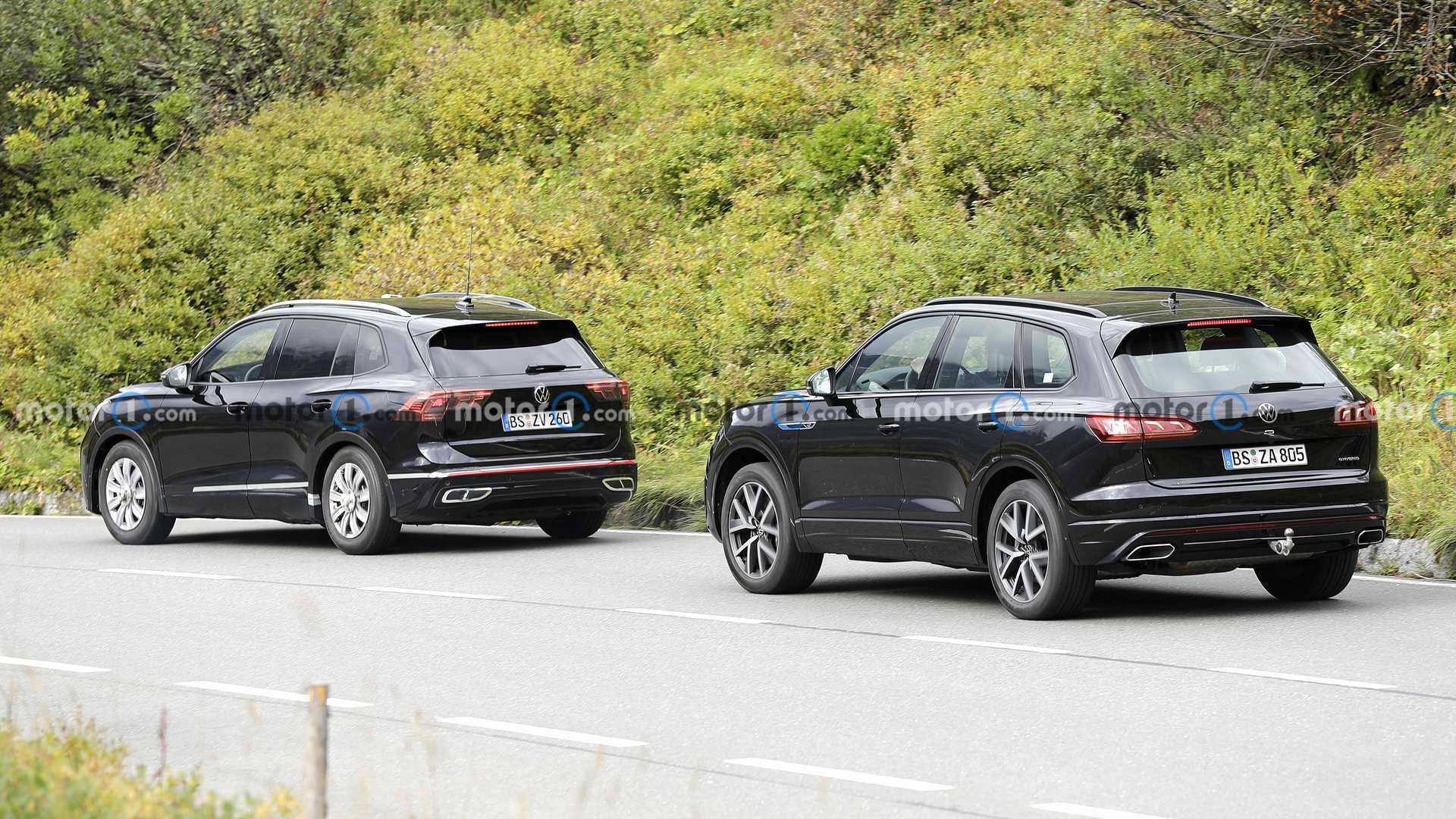