The Porsche Taycan Cross Turismo is official – at least we've seen several spy shots to prove that. Plus, Stuttgart has already confirmed the all-electric wagon's launch towards the end of this year.

With that said, Porsche has all its hands on deck in developing the production version of the Mission E Cross Turismo. Our spy photographers were able to spot the Taycan Cross Turismo more than two months ago testing in the snow. This time, however, recent spy shots show it testing with its sedan counterpart.

Just like the previous ones we've seen back in April, the Taycan Cross Turismo here isn't really covering that much of its production skin. The only concealments you'll see are around the taillights, which deviate themselves from the Taycan's.

Despite that, the Cross Turismo is, of course, highly based on the Taycan's architecture; it's the first among the Taycan-based derivatives – the pillar stone of Porsche's push for electrification.

As such, expect the same powertrain options for the Taycan Cross Turismo, with power outputs ranging from 530 horsepower (395 kilowatts) to 761 hp (567 kW).

he Taycan Cross Turismo will hit the global stage towards the end of this year. This was revealed during Porsche's Annual and Sustainability Report 2019 back in March. That event also confirmed that the all-electric Macan will debut in 2022.

As for the other Taycan derivatives, Porsche refuses to reveal them exactly, but expect nothing less from Porsche in terms of electrification. Besides, that's the direction that the automotive industry is heading, and you can count on Stuttgart to want to stay ahead of that offensive. 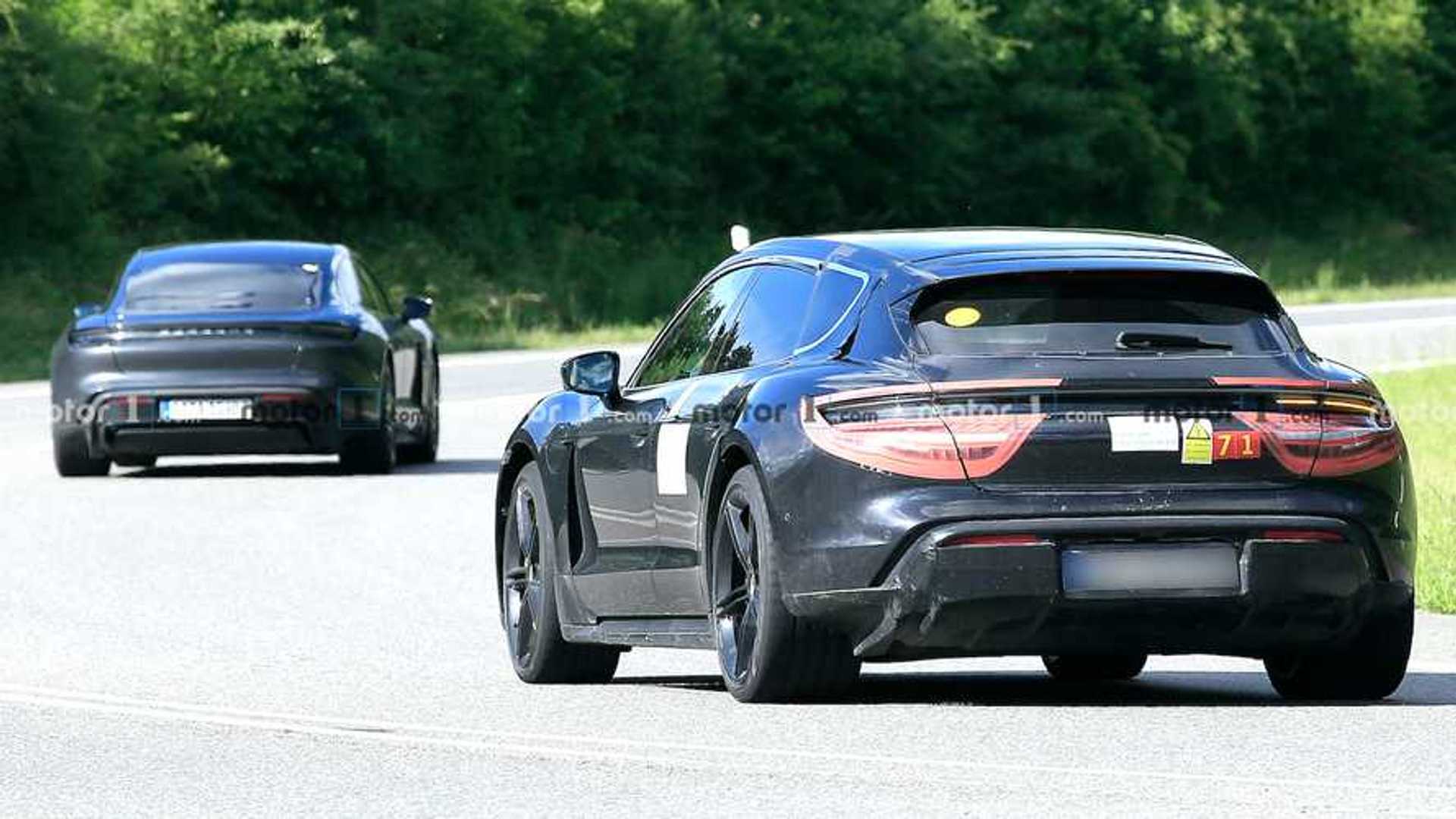