Volkswagen's vision of an electric future isn't limited to new cars. The company teamed up with EV West, a shop specializing in electric car conversions, to stuff an e-Golf powertrain into a 1972 Bus.

While we've seen electric Buses before, Volkswagen showed a highly-modified split-window earlier in 2019, this handsome, two-tone bay-window model is different. There's little to suggest it runs on batteries, though an experienced car-spotter will notice the lack of an exhaust. The box-on-wheels silhouette made the Bus spacious, and the e-Golf's powertrain is compact, so this classic was able to ditch gasoline without receiving exterior modifications. It only reveals its electric secret when it moves.

EV West removed the original, 60-horsepower flat-four engine and replaced it with a 134-horsepower motor borrowed from a donor e-Golf. It fits neatly in the cavernous engine bay, and zaps the rear wheels into motion via a single-speed transmission, instead of a four-speed manual on the original Bus. The 35.8-kilowatt-hour lithium-ion battery is housed in two reinforced, fire-proof compartments respectively located under the front seats and where the fuel tank used to be.

The e-Bus has more than twice the horsepower of a stock 1972 model, so it's unusually quick and effortlessly freeway-worthy, but its driving range drops to about 125 miles. Pay no attention to the shift pattern on the ashtray. The tall gear lever remains, but it's used to put the car in park, reverse, neutral, drive or B, which unlocks more brake regeneration, and makes one-pedal driving possible.

EV West's attention to detail extends to the instrument cluster. Instead of simply attaching a screen onto the dashboard, it will create a digital, driver-configurable instrument cluster that looks almost exactly like the analog unit fitted to the Bus in 1972. It's not yet fitted to the Bus, but Volkswagen explained the setup will let the driver access key information about the powertrain (such as how much juice is left in the battery pack) by cycling through different menus, just like on an e-Golf.

Don't expect to find an e-Bus at your local Volkswagen dealership anytime soon, or even an e-Golf powertrain sold as a turn-key kit for similar conversions. Autoblog learned from a company representative that there are no plans to make the package available to classic car owners looking to go electric. However, the Wolfsburg-based company is busily turning the ID Buzz concept unveiled in 2017 into a production model due out in 2022. It will be built on the modular MEB architecture, like the recently-unveiled ID.3 hatchback and the upcoming ID.4, and it will be entirely electric. 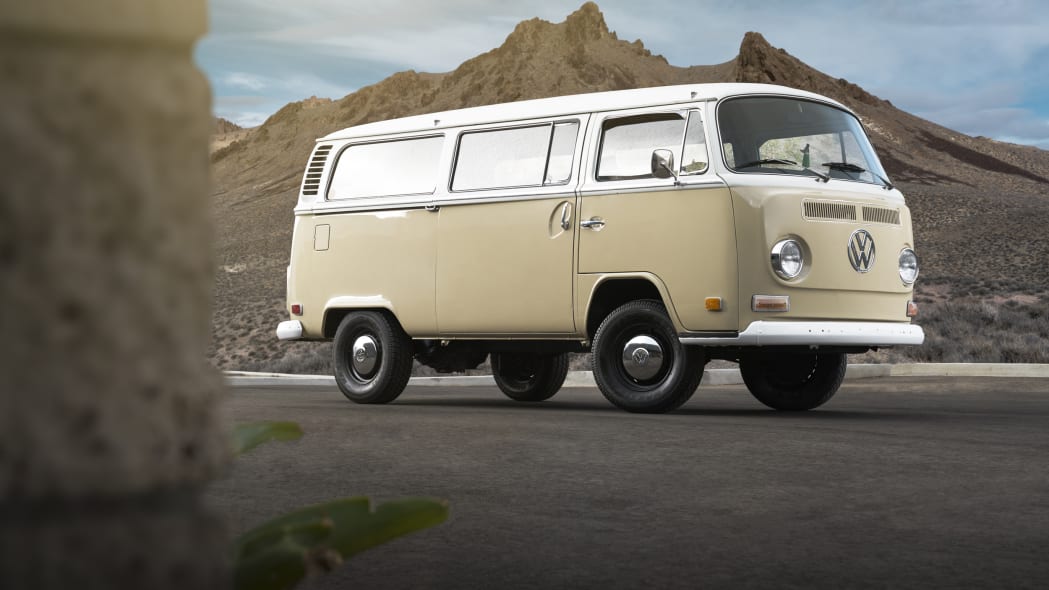 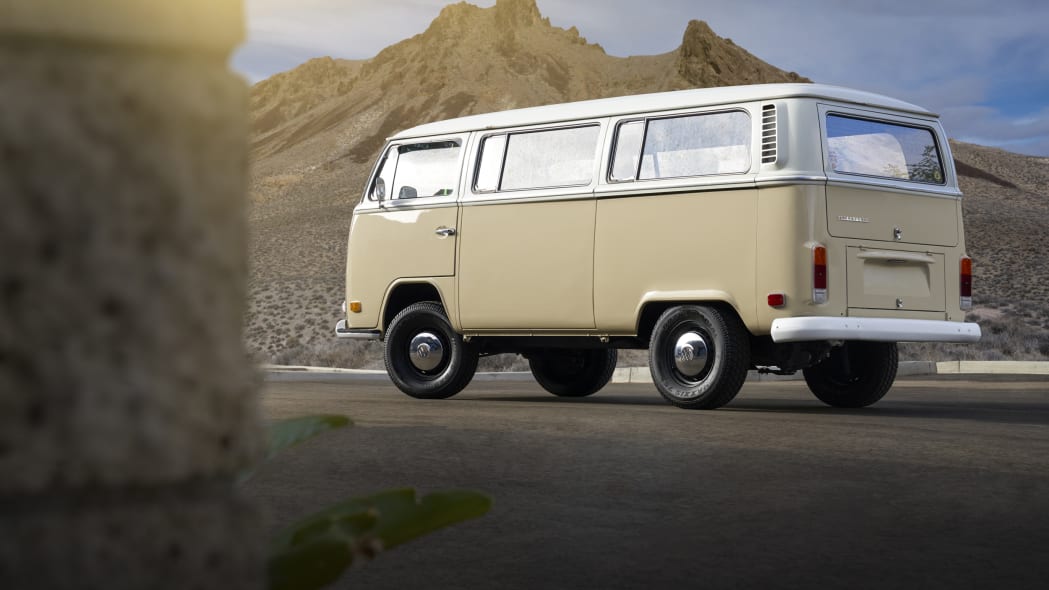 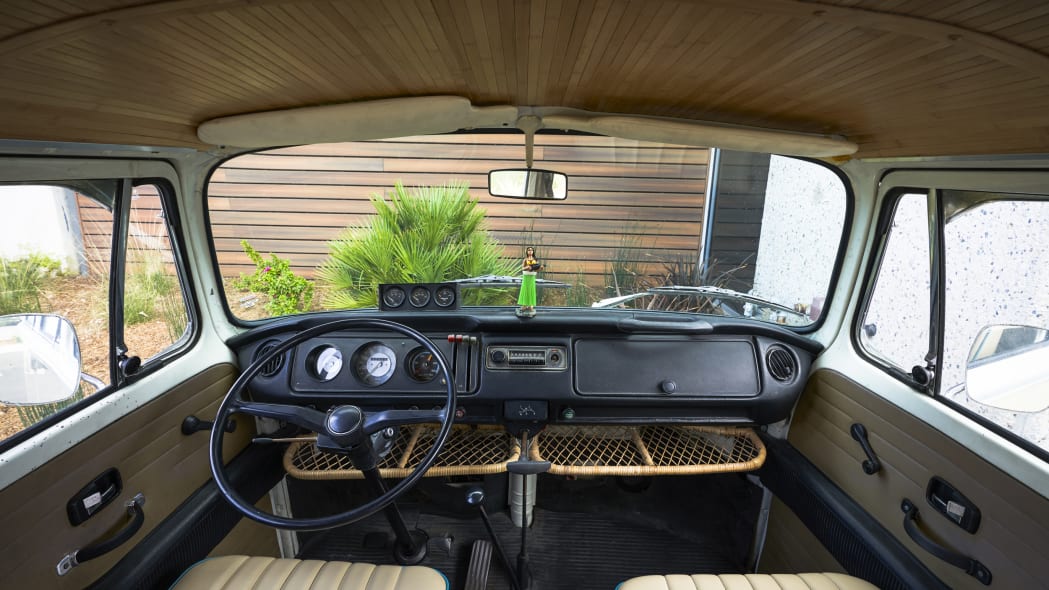 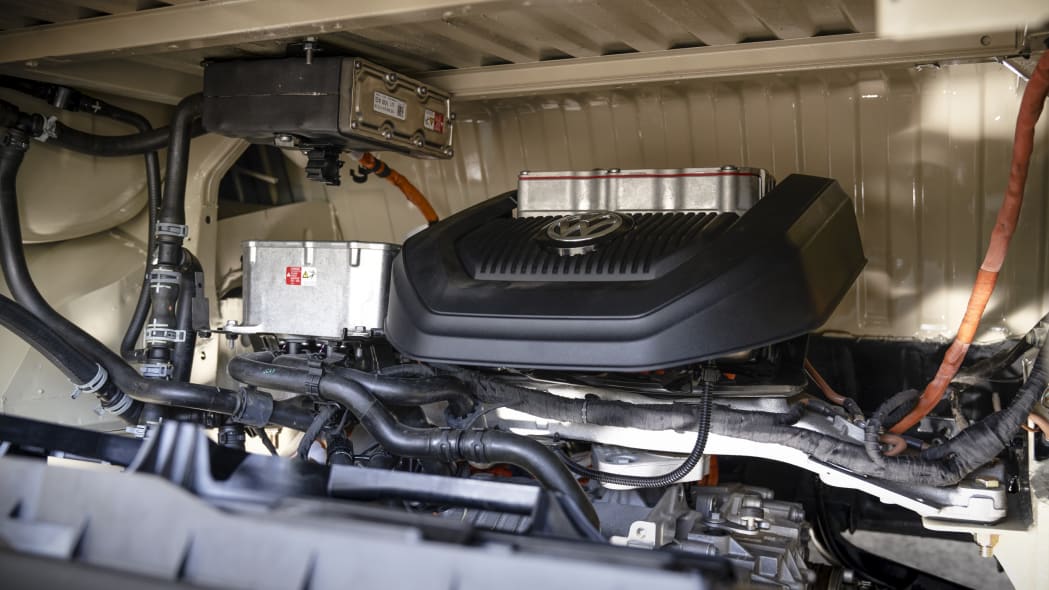