bikeBöhmerlandCzech Republicmotorcycle
An ultra-limited 10-unit series to hit the road in 2023.

Czechoslovakian motorcycle manufacturer Böhmerland opened its doors in 1924. The marque closed up shop during World War II, but surviving models are easily distinguishable thanks to Czech engineer Albin Leibisch’s distinctive designs. At the heart of many a Böhmerland beat a 600cc single-cylinder engine. Many models also featured cast-aluminum wheels long before the industry embraced such technology in the 1970s.

As if those unique characteristics weren’t enough, Böhmerland offered its lineup in a two-up Sport configuration, a three-person Touren layout, and the Langtouren four-seater. The expansive accommodations proportionately lengthened the motorbikes, with the Langtouren model setting the record for longest wheelbase among all production motorcycles at 10.5 feet.

While Böhmerland’s two-wheeled limos are certainly products of their time, that’s not stopping Czech entrepreneur Peter Knobloch from reviving the marque in 2019. Knobloch’s background as the director of 3D-printing specialist Tiskarna positions the technician as the ideal project leader. The modern motorcycle market may have moved on from pre-WWII designs, but Knobloch is preserving as much Böhmerland DNA as possible with the Böhmerland 21 concept.

Just like its predecessors, the custom cruiser champions a 600cc thumper. However, water cooling and a supercharger push the big single to 46.9 horsepower and 44.2 lb-ft of torque. That 600cc lump resides in a loop frame harkening back to the original Böhmerlands, but the rear axle mount acts as an abbreviated swingarm.

At just 341 pounds, the 21 weighs a fraction of its cruiser competitors. Knobloch also shrinks the concept’s wheelbase to 62.2 inches, which measures less than half the length of the Langtouren’s wheelbase. Lastly, the Böhmerland 21 will replicate the cast aluminum wheelset and red/yellow paint scheme found on the original motorbikes.

The resurrected OEM plans to begin production of the Böhmerland 21 in 2023. Starting with an ultra-limited 10-example run, the brand will charge €58,000 (~$62,800 USD) per unit. Knobloch also mocked up a Böhmerland 21 with an electric drivetrain, which could reach production in the future. Böhmerland may have fizzled out before its time, but something tells us we’ll be hearing more from the Czech brand in the years to come. 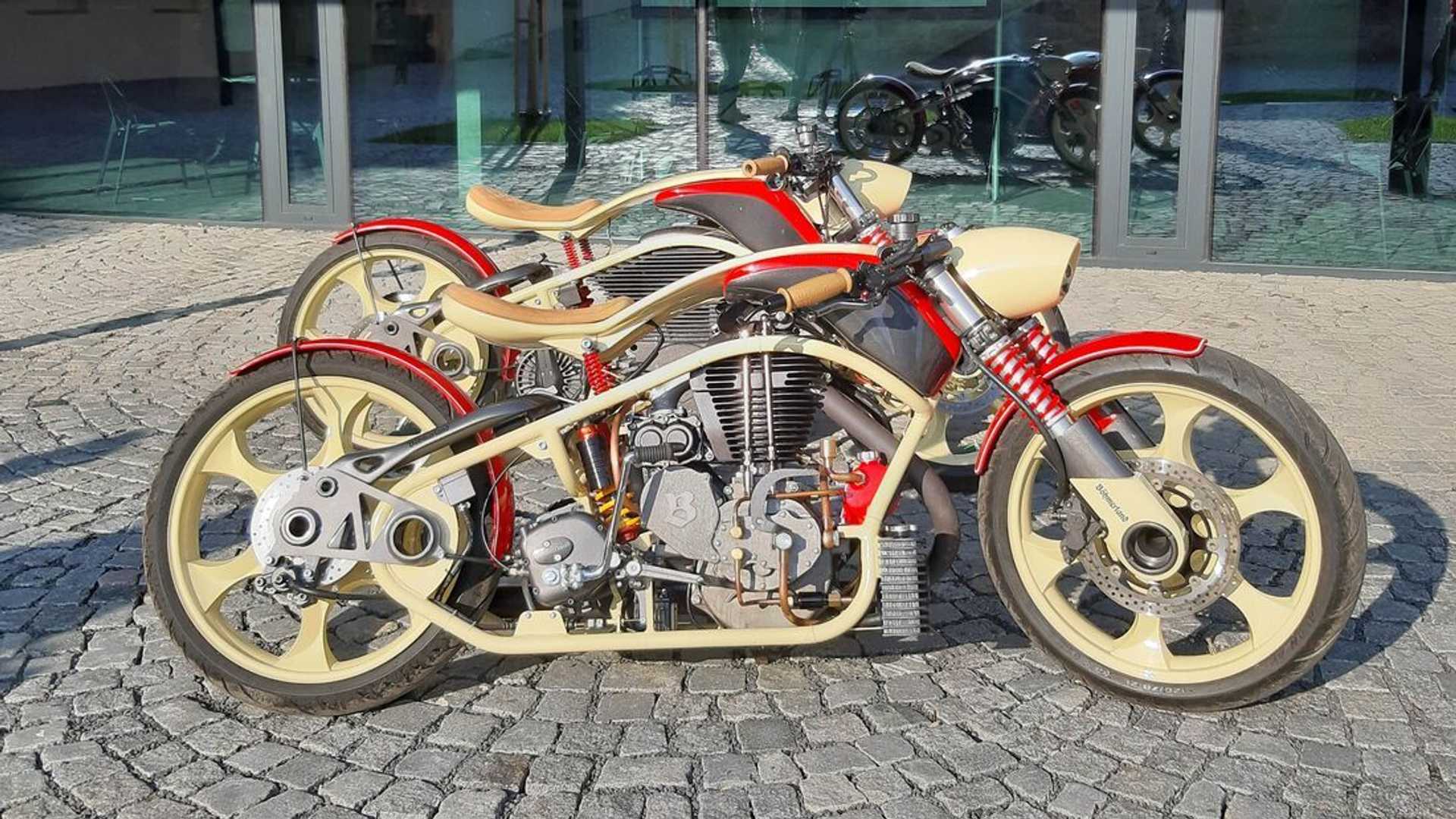 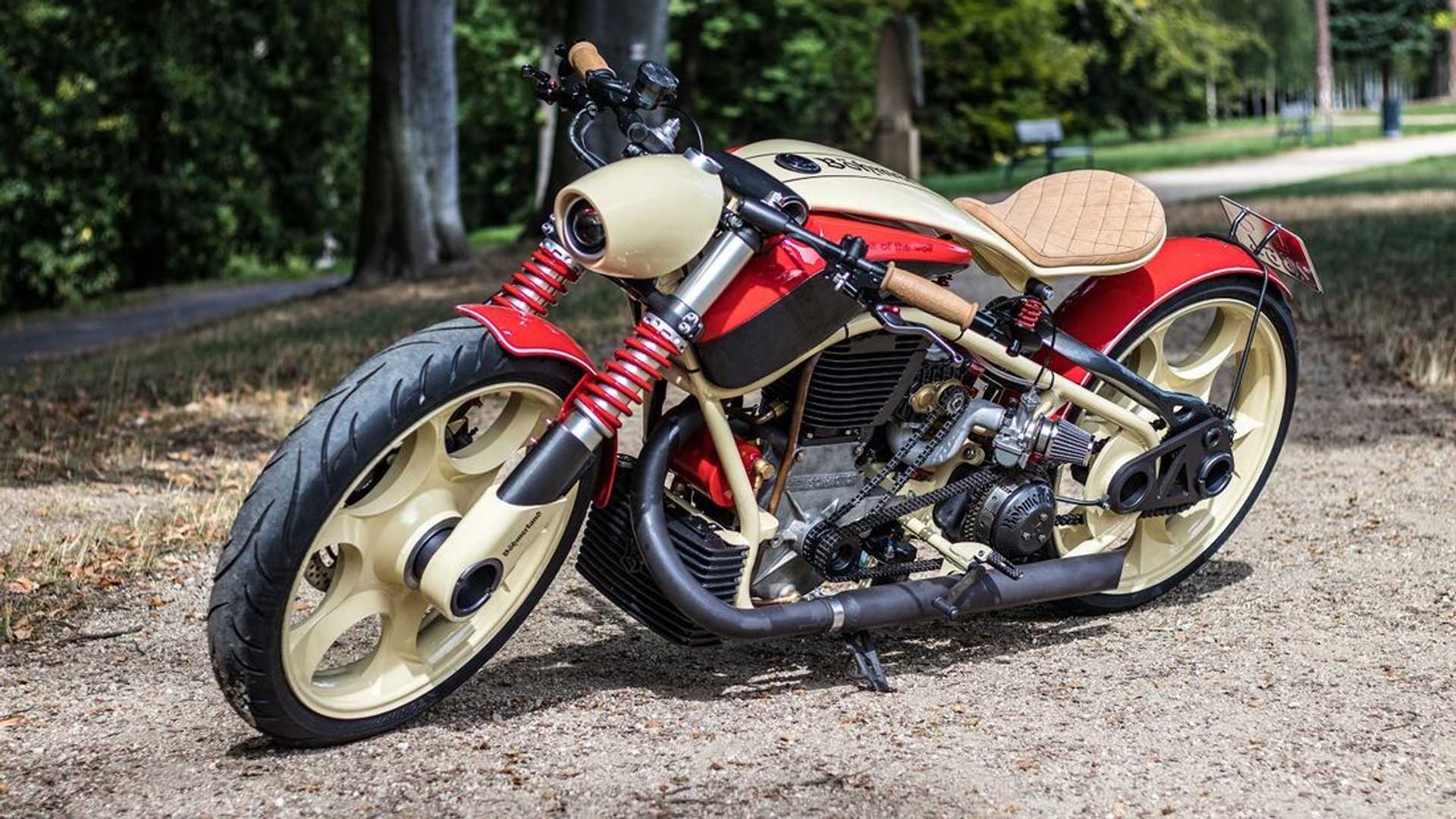