The 993-generation was the final version of the Porsche 911 to use an air-cooled engine. During this year's Monterey Car Week, Gunther Werks debuted its latest take on improving this important model. The machine goes by the name Project Tornado.

Under the rear deck, there's an air-cooled, twin-turbo 4.0-liter flat-six from Rothsport Racing. The engine's features include a racing-derived flat fan and liquid charge cooling for the forced induction system. During normal driving, the output is 600 horsepower (447 kilowatts), but activating track mode boosts the figure to 700 hp (522 kW). The gearbox is a six-speed manual.

Overall, Project Tornado still looks like a 993-gen 911, but Gunther Werks makes a variety of tweaks to improve on the original. A major change is that the body panels are now carbon fiber, which cuts 500 pounds (226.8 kilograms) off the original car. The body kit includes a rear-facing scoop in the hood that increases downforce. There's a double-bubble roof. The rear fenders have a ram-air intake. The exhaust pipes exit out of a mesh panel and the back, and there's a diffuser below it.

The car's vibrant orange paint with black accents is eye-catching. It rides on five-spoke wheels that have a slight design similarity to the classic Fuchs style and a gun metal-colored finish.

Gunther Werks retains the classic appearance of the Porsche cabin but with some updates. Alcantara covers the lower portion of the dashboard and the seats. The steering wheel has buttons for activating track mode and the nose lift system. Plus, there are lots of orange accents that match the color of the exterior.

To provide some modern amenities, the center console has a magnetic inductive charging base. A driver can mount a smartphone or even a tablet there to enjoy their preferred media.

The seats in this car are carbon fiber buckets that support a five-point harness or standard three-point belt.

If anyone wants to commission a model like this from Gunther Werks, the company also offers it with a touring package. It has different seats, a trunk in front for storage, a ducktail spoiler, and a re-tuned engine. 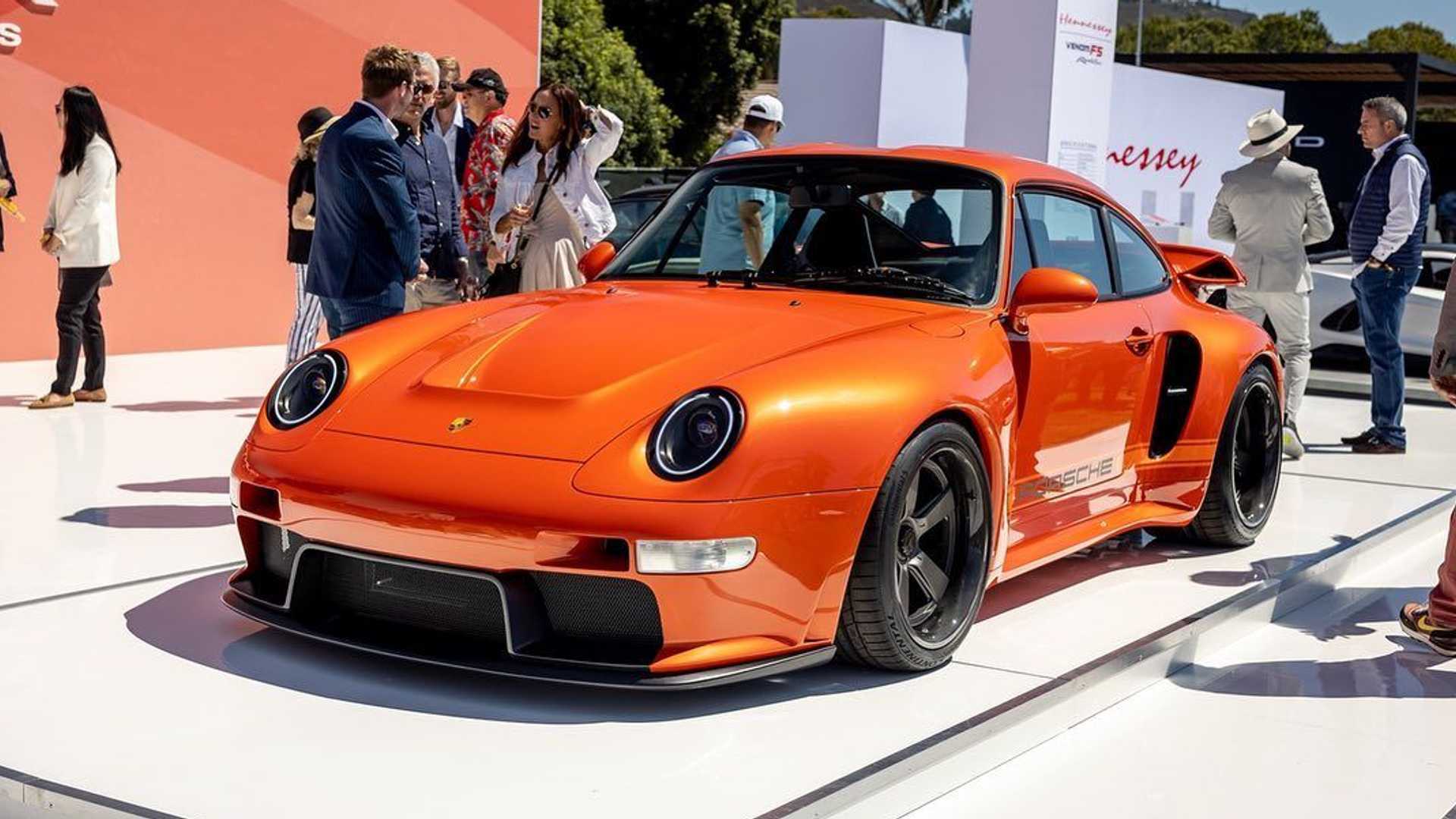 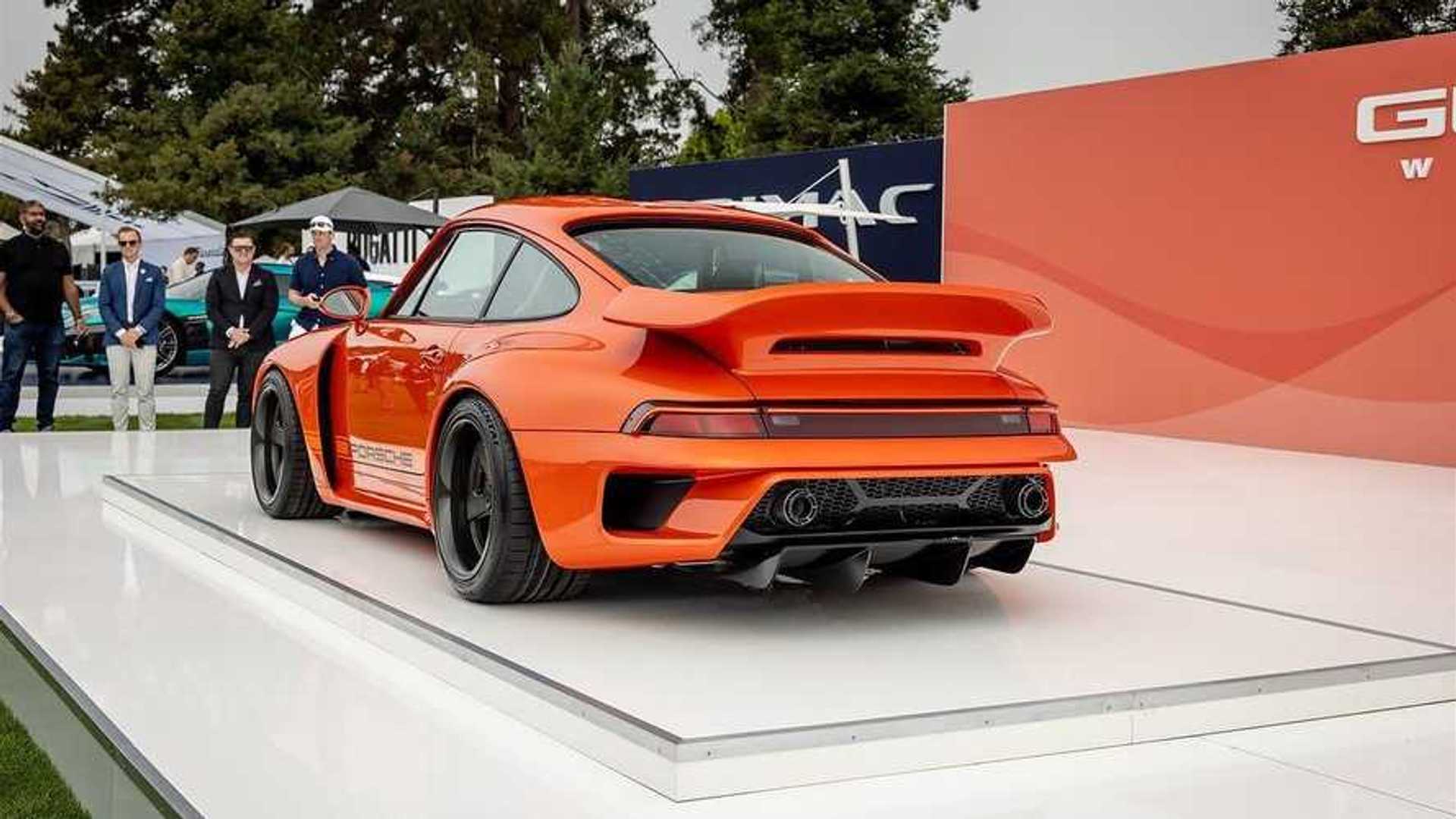 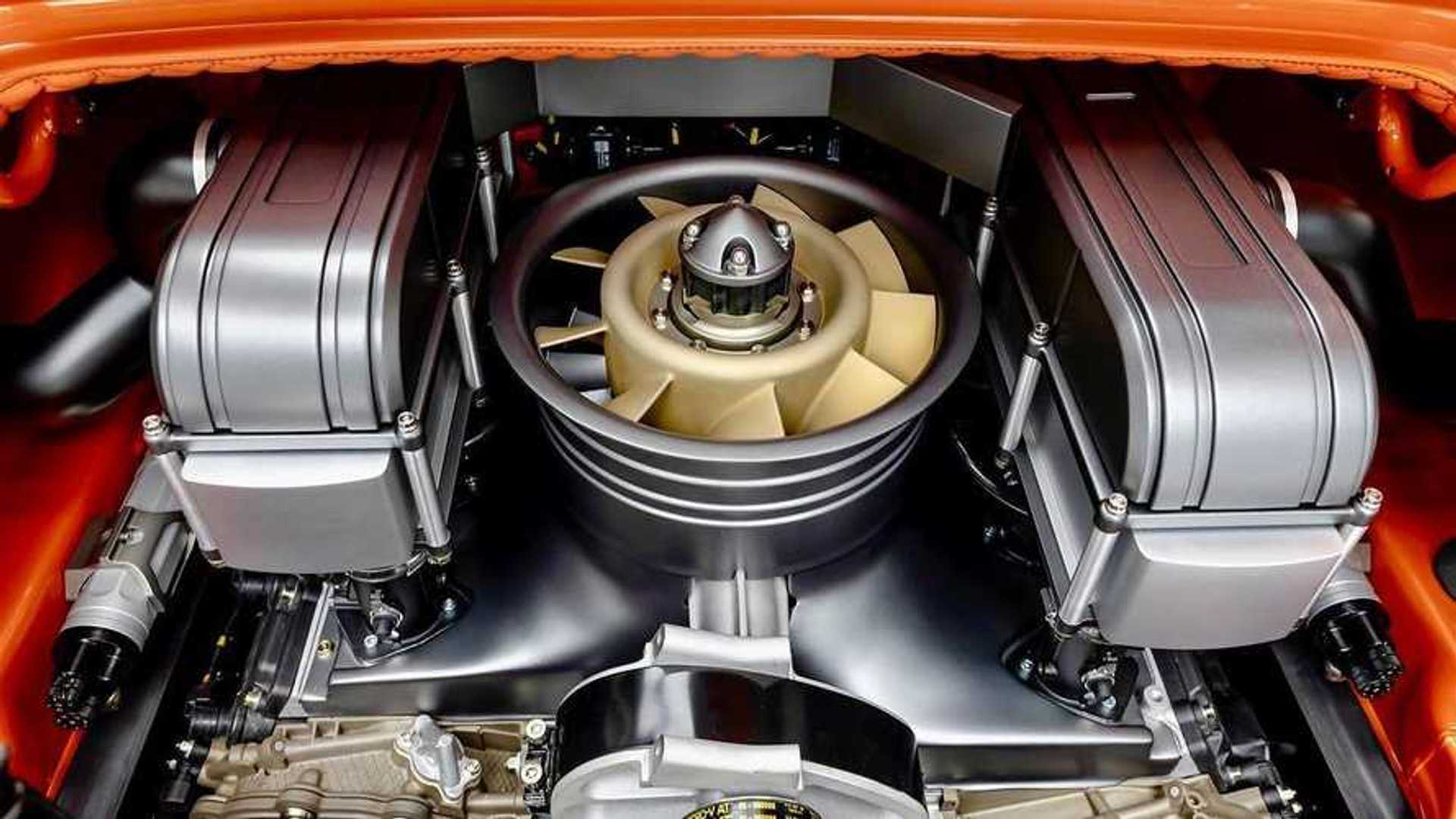 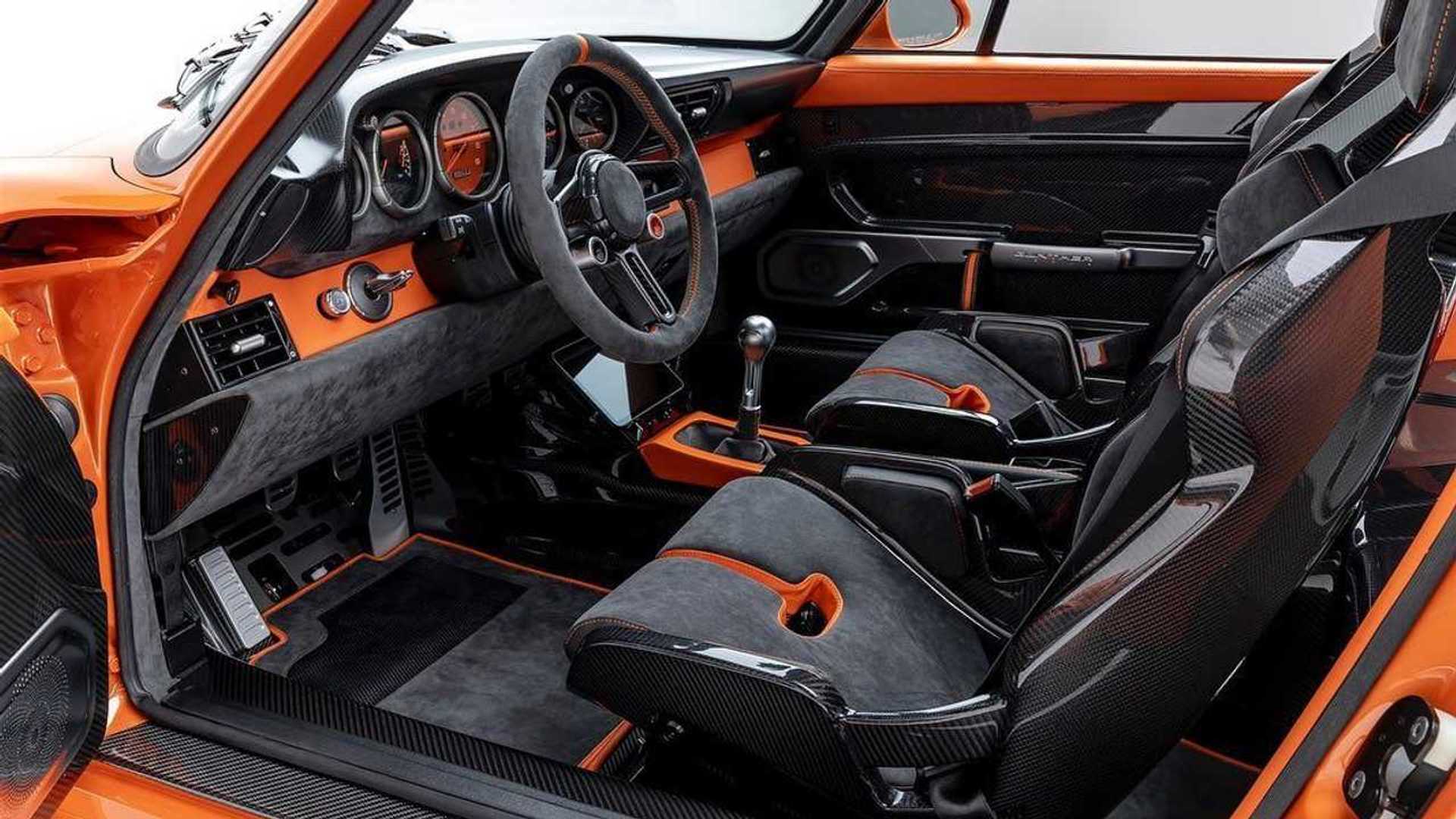