1985 Mercedes-Benz Unimog Is the Ultimate Off-Road Camper, Won't Come Cheap at All

camperMercedesMERCEDES-BENZ UNIMOGoff-road
Getting in touch with nature is a great way to unwind and forget about your daily problems. Does that mean that you could live a worry-free life if you'd choose to live out in the wild?

That might not be the safest idea unless you have your little fortress to protect you from the elements. If you don't crave social interaction with other people, you can opt to stay off the grid indefinitely. Or at least until you need to restock on supplies.

Choosing to go off-grid or at least spend more time away from the concrete jungle might isn't necessarily an easy decision. But once you've made up your mind, it's all downhill from there. And if you happen to have a six or seven-figure bank account, you're looking at a world of options.

And if you're going to cut the cord that binds you to social media and the likes, that means glamping is not something you're interested in. So that's going to filter out many of the campers and RVs out on the market.

You're going to need something that's both robust and reliable, something that you could probably learn to fix on your own. And that sounds like the description of this 1985 Mercedes-Benz Unimog 1300L. You're looking at an ex-military vehicle, built by German engineers, that has only been used for about 24,000 miles (38,624 km). This should be able to last for at least 200,000 miles (over 320,000 km) or more. But do remember to pack some spare parts just in case.

At first glance, this could easily be the hero vehicle in any given zombie movie out there. With AWD and a stance like that, even the most difficult of roads will pose little to no trouble while you're driving.

Reading through the specifications of this RV will take a while, so you might want to grab a cup of coffee while you're at it. Come to think of it, a crash course in running this Unimog won't be enough. You'll probably need at least a few days of training if you want to be able to utilize it at its maximum potential.

Everything is built with precision, efficiency, and your safety in mind. Looking at all the gauges and switches inside might be off-putting at first, but then again, surviving in the city isn't always an easy job either.

At first sight, we thought that attaching a motorcycle to this truck for swifter incursions would have been great. And then you'll notice that whoever built this did think of that. You'll just have to buy the bike from someone else as it is not included in the sale.

Some of you might feel the need for a bit of extra horsepower, as the Daimler-Benz six-cylinder engine is only factory rated at 130 horsepower. The builder did opt for a turbocharger upgrade, and now you should be looking at about 150 horsepower.

But this is a 5.7-liter engine, after all, so there should be enough torque to move this thing around rather effortlessly. After all, keeping fuel consumption to the minimum should be an essential feature for future survival. Thank God it's a diesel!

As we mentioned earlier, relying on your skills to fix this RV would be ideal. And the OM352 engine doesn't have any computerization to complicate your off-road experience. It only makes sense that this vehicle wasn't built for speed, so don't expect it to go faster than 65 mph (104 kph).

One of the many cool features included is the Hornblasters 54 Train Horn, which should do a great job at scaring off any bears or cougars that would come close to your dwelling. And if that won't do the trick, then just turn on all the lights.

The three Light Force 9.75" off-road lights producing 300,000 candle power each should be enough to discourage any curious critter. But the Unimog has more lighting resources to access, and it almost feels like a lighthouse on wheels considering.

One of the many passive safety features you can rely on is a Total Vision camera system that can monitor seven different angles, thus providing some much-needed peace of mind. At this point, there are still a few bits and pieces missing here and there, but nothing too major.

This 16,000 lbs RV is located near Peoria in Illinois and has an asking price of $300,000. It's not cheap at all, and you still have to worry about getting fuel once in a while. It's a shame that Isaac Asimov's future of a nuclear-powered future didn't come to fruition, at least not yet. 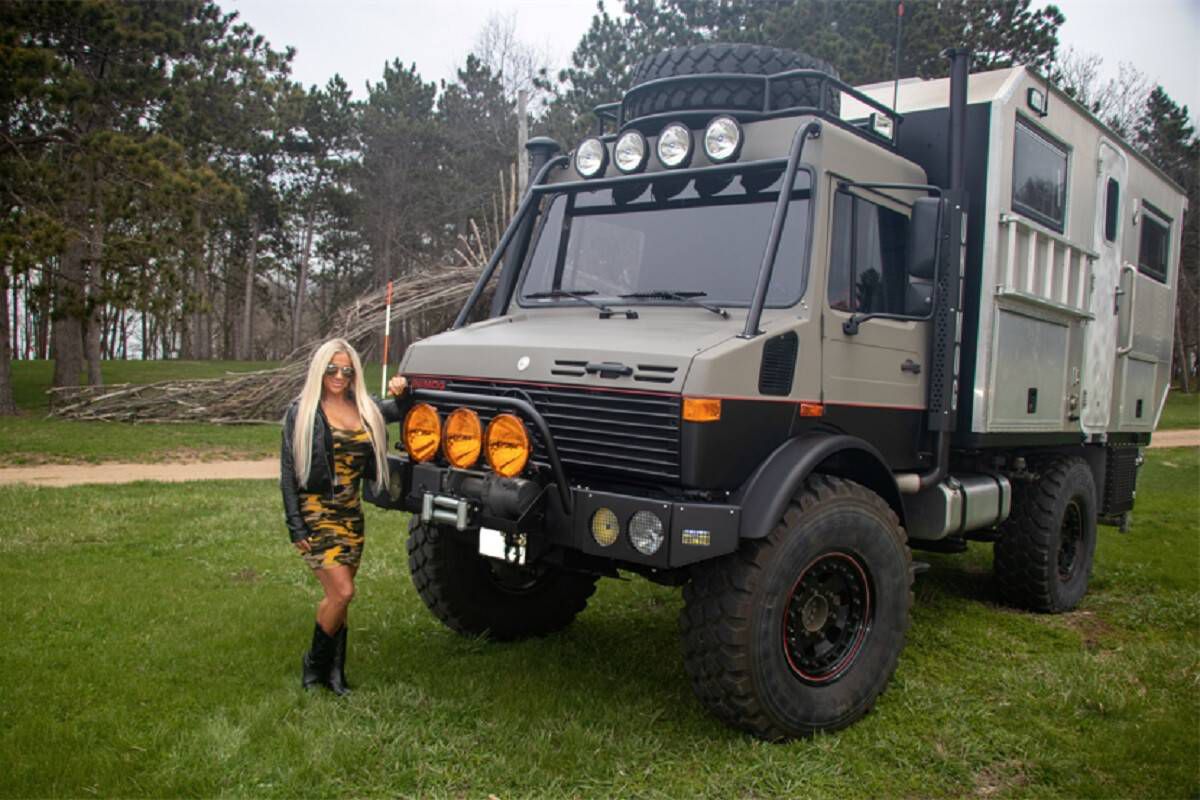 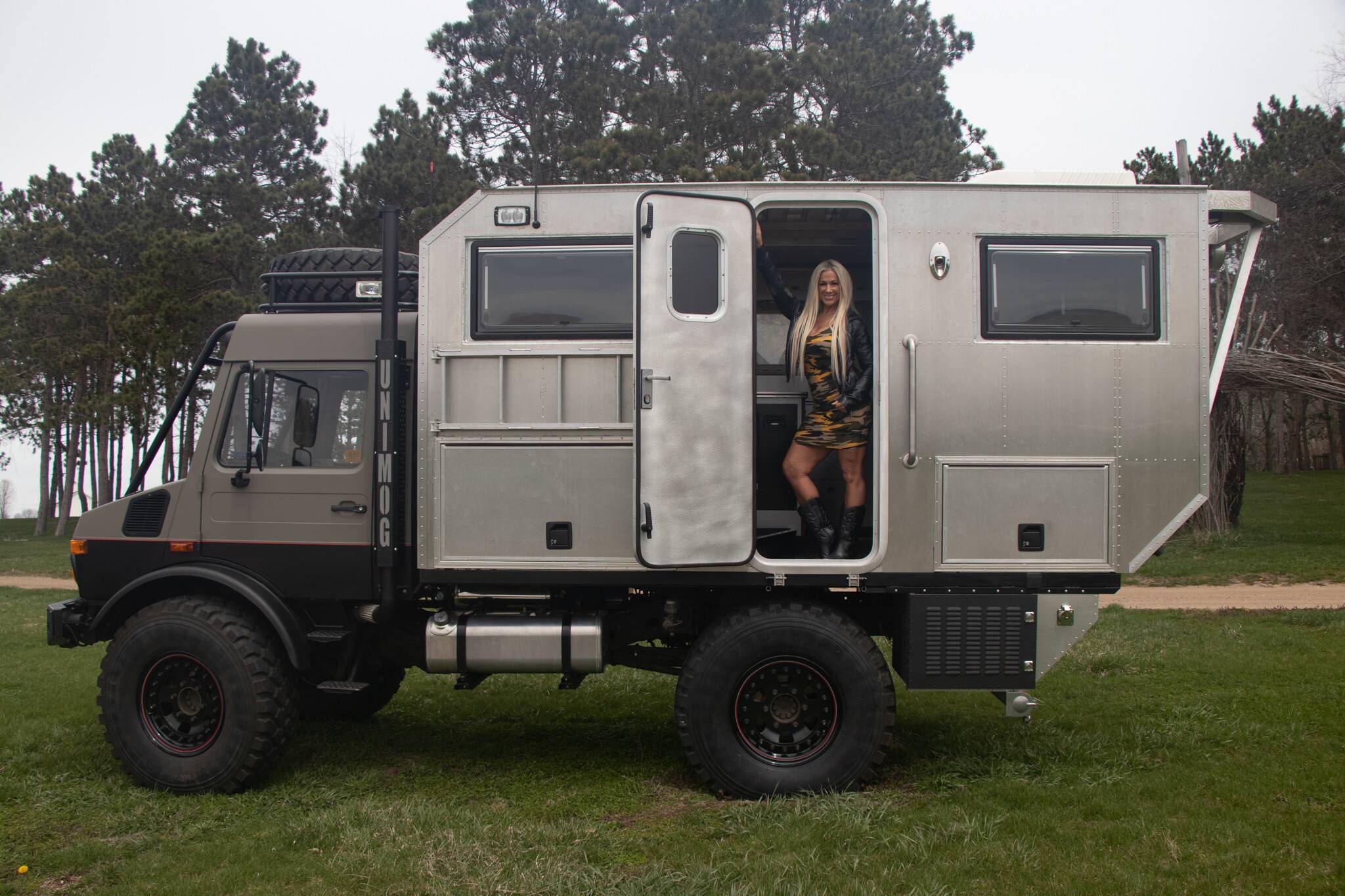 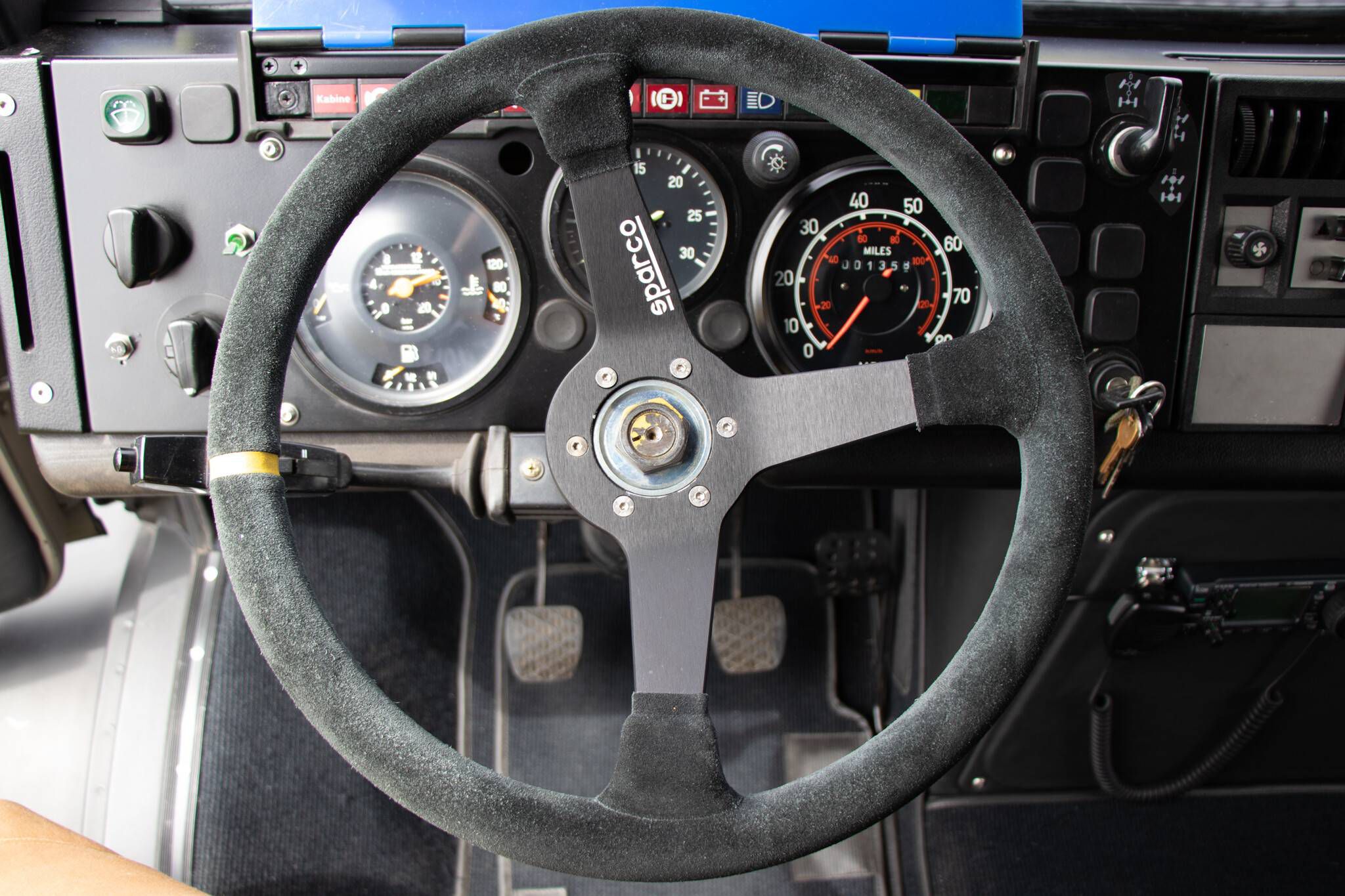 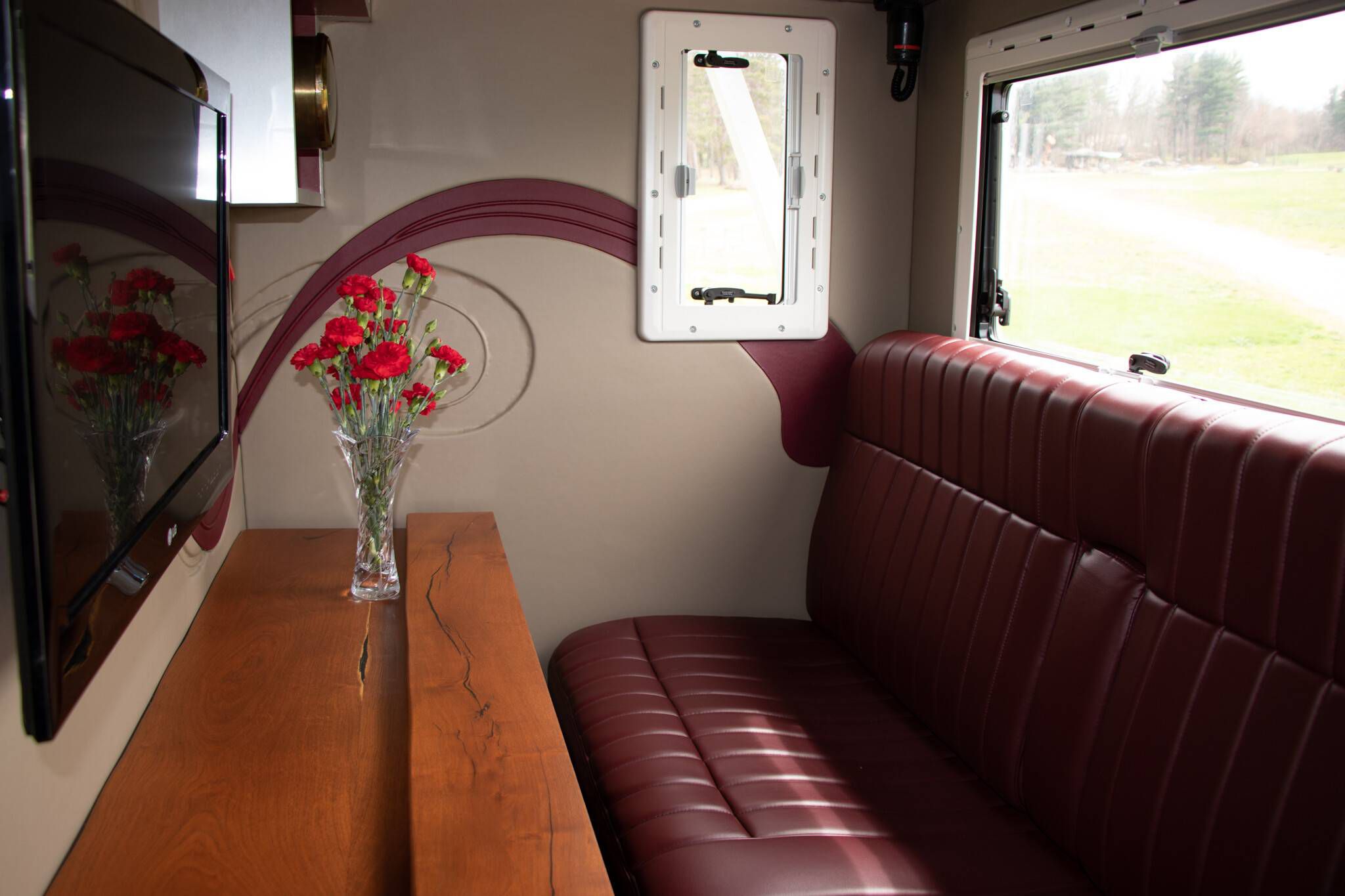